Donald Meins Rao, 84, of Stowell, Texas joined heaven’s angel chorus on Friday, February 4th, 2022. He was born on March 23, 1937 in Beaumont, Texas to Leon and Edna Rao. He grew up in South Park and graduated from South Park High School in 1955. He was a true Greenie at heart. He worked planning class reunions and recently, enjoyed lunches at Pine Tree Lodge with some of his dear Greenie friends. He loved his years in high school and the class of ’55.

After high school, he attended Lamar State College where he studied engineering.  Donald began his career in civil engineering in 1958 with the Texas Highway Department where he worked for over 30 years. He was instrumental in helping plan the design of Interstate Highway 10 along with countless other road and bridge projects. Don retired from the state in 1991 and spent several years in private consulting work. Later he joined the Jefferson County Engineering Department and became the Director of Engineering in 2010. Through hard work and commitment to excellence, Don managed and directed projects to rebuild and improve the Jefferson County infrastructure. He was very proud of his work on the Salt Bayou Watershed Restoration Plan, which restores and improves the complex marshland ecosystem. He was highly respected for his extensive knowledge in all aspects of engineering and planning. His colleagues, friends, and family often sought his advice because they respected his wisdom. He was a man of few words, always listening before he spoke.

While Don loved his work in civil engineering, he was also proud of owning Rao’s Bakery, which he purchased in 1987. This purchase brought the bakery back into the family’s hands. Using his uncle Johnny Rao’s original recipes and even a couple of Johnny’s bakers, Don and his family worked to restore the bakery’s reputation of providing delicious cookies, cakes, pies and more to their customers.

Don’s mission in life was to serve the Lord. He did this through song and leadership. He led singing as a young man at South Park Church of Christ and then later at Westgate Church of Christ. He was a founding member of Beaumont Christian Schools from its inception in 1976 and served as a board member until 1988. Don and Dorothy believed a Christian education was so valuable and worked to ensure their children and grandchildren were part of that. His final work was with the Church of Christ of the Bolivar Peninsula where he and his wife Dorothy devoted their time and poured their hearts into growing the church there. Through his quiet spirit, he guided new Christians on their spiritual journey.  After Hurricane Ike destroyed the original building, Don worked tirelessly with other members to hold the congregation together while rebuilding a place to worship. He loved his church family.

Donald was an avid outdoorsman, fishing with his dad in the Neches River and at The Bolivar Jetty and duck hunting with his cousin, Ray Thompson. But, Don was a hunter at heart and did not miss yearly hunting trips. He hunted with close friends and family on ranches in South Texas and the Hill Country and usually came home with a trophy, be it a trophy deer or a trophy memory.

Don’s greatest joy was his family, and he was happiest when he was surrounded by them. He loved being part of Dorothy’s career, driving students to different events like UIL speech tournaments and theater productions. He never missed opportunities to watch his children, grandchildren and great grandchildren in all of their activities. He sat through dance recitals and theater productions. Watched both the players and cheerleaders at football games. Cheered during volleyball, baseball, basketball, lacrosse and soccer games. Escorted his girls at homecomings and weddings. Beamed proudly at graduations and celebrated joyfully at birthday parties. Don loved each experience because it was about his family.

The family would like to thank Dr. Juan Gonzalez at The Kidney Institute in Houston for his devoted attention and loving care to our dad over the past twenty five years.

In lieu of flowers, the family requests memorials be sent to The Church of Christ of the Bolivar Peninsula Missions, 16481 Hamshire Road, Winnie, Texas, 77665. 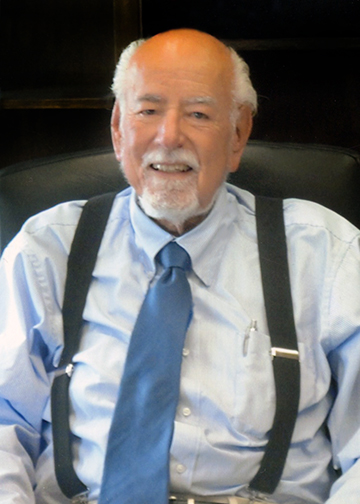 Mr. Rao is a man who I remember very well as my mother and I always went to Rao’s for our Bread and pastries. A wonderful childhood memory for me. He was a kind, special person. I extend deepest sympathy to his family.

Rest In Peace .. Don will be missed by all that knew
Him.. So sorry for your lost,

Heaven has received a great man. May God Bless You and Your Family

My deepest sympathy to Mrs. Rao and all the family. Praying for comfort and peace for you all.

Charles and I were blessed to call him our friend. He was a wonderful man. Prayers going up for the whole family. 💛🙏🏻

We have so much admiration and respect for Donald. It was a privilege knowing him and being a part of the flock with him. Such a devoted servant of the Lord and teacher. Your sweet voice will be greatly missed. Much love to Dorothy and family. Take comfort in knowing that he is singing with the chorus of Angels.

An angel indeed, Papa was a one-of-a-kind man. His willing heart will always remain and through his legacies; Bay, Becky, Beth, and the rest of crew. What a kind, loving family he survived by.
I will forever hear his prayers, funny stories, and of course him saying “when’s dinner ready” at 4 p.m. Rest In Peace.

Rest in peace my friend. Condolences to the family. Love and Peace. Thanks for the great times.

Thank you Joey. We did have some great times. So many memories.

Our heartfelt condolences to Dorothy and all of the family on the loss of Donald. Many dear memories of the Rao Family. Thinking of you with much love.

My cousin Donald was one of the finest individuals I have ever known in my life. Totally unselfish, a man of the highest integrity who loved God, family, and his fellow man. Rest in heavenly peace.

Very proud of the legacies this man left through his work within churches he attended, Christian education, and certainly through the family we have been blessed to know since our Bailey’s marriage to dear Rachel. Thankful for that legacy and that he is home.

I never had the honor of meeting Mr. Rao, but I feel like I knew him from coaching with his daughter Rebeckah at Marshall Middle School. Rebeckah always talked fondly of him. To the family I know he fought a good fight. My you rest in peace Mr. Rao.

Very sorry for the loss of a great man. He will be missed
By all his family & friends RIP

What a race! (2 Tim 4:7) One of the finest men I’ve ever known. My deepest condolences and prayers for comfort to Mrs. Rao and the family.

Rest In Peace dear friend. Always a joy to visit with at class of 55 monthly lunches. You certainly will be missed. Prayers for Dorothy and all the family with our deepest condolences .

May God grant you peace. It was a privilege to know you, Don.