Donald “Donnie” Ray Norman passed away Thursday, December 19, 2019, at Baptist Hospitals of Southeast Texas, Beaumont, at the age of sixty-five. Donnie was born in Bald Knob, Arkansas, on January 15, 1954, to Lowell “Son” and Swan Norman.

He lived in Sour Lake and drove trucks for many years. Donnie loved working on the 18-wheelers and being outdoors. In 1997, he was involved in a car accident that hindered the lifestyle he was accustomed to. In his later years, Donnie enjoyed making the rounds day after day in his pickup truck while listening to old music like Gary Stewart and Hank Williams. In the last few days of his life he talked of Heaven and reassured us he would see us again. “For to me, to live is Christ, and to die is gain.” Philippians 1:21

Donnie is survived by his children, Jason and Melanie Norman of Round Rock, Texas; Jeff and Tonya Muckleroy of Lumberton, Texas; Chase and Karen Spencer of Hull Daisetta, Texas; and Charlie and Joy Norman of Sour Lake, Texas; and eight grandchildren.

Donnie is preceded in death by his parents; Son and Swan Norman; brother, Ronnie Norman; sister, Debra Norman; and son, Scott Norman, that passed away at a young age.

A family committal was held at Broussard’s Crematorium under the direction of Broussard’s, 1605 North Major Drive, Beaumont. 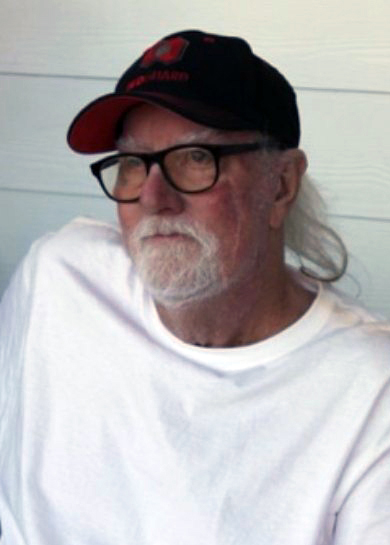 Always loved talking to Donnie , he was always witty and sharp on a joke, a very good man. God Bless You in Heaven.

I love you guys. My prayers are with you during this difficult time.

Mr. Donnie you were an amazing man to many people... I can’t believe you are gone, but you will never be forgotten sir. To your kids I’m extremely sorry for y’all’s loss, your daddy loved you and very much!! Love you Mr. Donnie Fly High and Rest In Peace!!!!!

We are very sorry to hear of the passing of Donnie. We enjoyed the times we spent together. Our prayers are with Tonya, Karen, and Charlie and their families.

Charlie and girls I am so sorry about Donnie. I would see him in the evening when he made his ride. Will say a prayer for all of your family.

To my Uncle Donnie, I am going to miss you more than you know. You have always been there for me when I needed you even if it was to tell me you love me. I know that you are with Mom and Uncle Ronnie watching over us all. I love you and will see you again one day my sweet uncle.