She graduated from Reagan High School in 1943 and started working at Shell Oil Company in Houston. In 1947, she met and married Thomas H. Dean. They moved to Port Arthur where she worked at Gulf Oil Company until Tommy went into the army in 1954. In El Paso, she worked for 5 more years until Tommy was transferred to Hampton, Virginia, where she worked at Langley Air Force Base. In 1956, they returned to Port Arthur and she worked in a CPA’s office until they started their family. In 1965, they moved to Silsbee. Dorothy was a stay-at-home mom until 1970. She worked for Shine & Associates until retiring in 1982. Tommy also retired and they enjoyed travelling in their RV and spent several summers in Gunnison, Colorado. 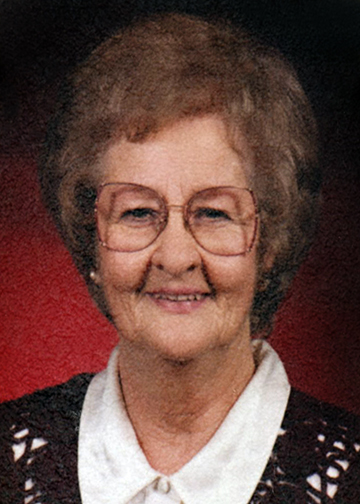 Terri and mark. I am so very sorry. I love y’all and miss y’all so much. Praying for peace and comfort. I am always here god bless

Tim and Terri:
I am so sorry to learn of your Mother’s death. She was such a wonderful woman and a friend to my parents. Mrs. Dorothy was my Sunday School teacher as a young girl at First Baptist Church. I remember her doing that like yesterday and how nice she was to all of us. She was always one helping at Bible School or was like the Room Mother at school for my class that Tim was in. You Mother loved Jesus and I know she is right up in Heaven with him and your father. Prayers for all your family as you adjust to her death. May God comfort all of you now and forever.

I am so sorry to hear of the passing of Ms. Dean. I have very fond memories of both Tommy and Dot. Prayer and love to your family.

Our thoughts & prayers are with you both. Dot was always so sweet & kind. I always enjoyed getting an update about you two. She’s with our Mom now so you don’t have to worry about her.
Love, JoEllen & Pat Jr.

Tim and family, Sorry for the loss of your mom. She was a very sweet and lovely lady. My thoughts and prayers are with you all.
Debbie Richardson Lacey

Dear Dean family,
Aunt Dot was the most gracious ,and welcoming person in our family! Her holidays meals were the best. Good food, good people , rowdy domino games , and lots of laughs late into the night, perhaps a little wine too!!! Those times will always have a sweet and special place in our memories. We will miss her tremendously, but are so happy that she and Uncle Tommy are together again!
You are all in our prayers,
Mark, Autumn, and family