Dorothy “Dot” Virginia Morrison, 82, of Beaumont, and most recently of Frisco, passed away March 30, 2021, at home surrounded by family and friends.

The daughter of Thomas Clifford Tudor and Dorothy Laura Tudor, Dot was born August 21, 1938 in Beaumont. Dot grew up in Beaumont graduating from South Park High School in 1956 where she was involved in Future Teachers Association, Drama Club, Choir, Honor Society and Melody Maids. Dot graduated from Lamar University where she was a member of Alpha Chi Omega and received her secondary education degree in 1959. Shortly after graduation, Dot married James “Jim” Wesley Morrison, Jr. and later moved to Dallas in 1960 where she taught school.  Dot and Jim joined Spring Valley Methodist Church teaching Sunday school, ushering and singing in the Choir.

In 1970, the family moved back to Beaumont where Dot continued to teach school in SPISD and BISD.  She obtained her master’s in education from Lamar University in 1990. In Beaumont, Dot and Jim joined Trinity United Methodist Church, raising two boys and enjoying many friends and family.  Dot was an active member of Trinity United Methodist Church having served in the Choir until she moved to Frisco in 2019.

Dot’s been involved in various teacher associations through the years, Delta Kappa Gamma, Beaumont Association of Retired Teachers and PEO, a professional scholarship organization.  She also was a member of the Lamar Alumni Association and served on the board.

Dot is preceded in death by her parents; and husband, Jim Morrison.

Honorary pallbearers are the men and woman of the Hamaco Sunday school class of Trinity United Methodist Church.

The Morrison family would like to express their sincere love and appreciation to the many friends who gave their love and support to Dot and continue caring.

In lieu of flowers the family requests that memorial contributions be made to Boys Haven of America Inc., 3655 North Major Drive, Beaumont, Texas 77713.

A gathering of Mrs. Morrison’s family and friends will begin at 1:00 p.m., with her funeral service to follow 2:00 p.m., Saturday, April 10, 2021, at Trinity United Methodist Church, 3430 Harrison Avenue, Beaumont, under the direction of Broussard’s, 2000 McFaddin Avenue, Beaumont. Her interment will follow at Forest Lawn Memorial Park, Beaumont. 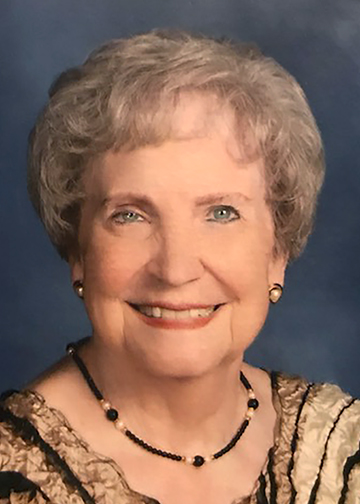 Dot and I were best friends sense the age of fourteen. She was a true Christian lady and loved by all. I know beyond doubt she is at peace in heaven and I look forward to seeing her again one day.. I love her dearly. Sally House.

She will be dearly missed. My heart is heavy but I know we she is so I smile. Sally House

Dot was like a second mother me and I know she always prayed for me in times of need as well as countless others. Ryan House

I missed when she called for me to mow the grass. I never took payment this was my want ways to repay her for the unconditional love she gave me. Ryan House

What a sweet lady Ms. Dot was. Jim was my boss years ago at TE Moor and I got to know her. Before she moved to Frisco, I would see her at the Lamar football games. RIP Ms. Dot and I know you have enjoyed reuniting with Jim. Prayers for the family. Much love.

So sorry to read that Dot had passed away. I was a school volunteer and she was my assigned teacher that I worked with. Such a sweet and caring person, a joy to be around. My heart and prayers go out to family and friends, she will be missed by many.

Dotsy was so much fun to be around...so positive, her beautiful smile just lit up any room. We'll miss her at Greenie Gatherings...she was indeed a very special lady.

Dot and I were “double sisters”, both in P.E.O. and Delta Kappa Gamma. We have been friends for a long time. She was so loving and kind. I enjoyed the times we had together. I will really miss her.

I have fond memories of Mrs Morrison from Trinity UMC choir and from her involvement with AXO at Lamar. What a lovely woman she was. Kathy Fitzgerald Turner