She was preceded in death by her husband, Eugene “Gene” William Schwarzlose, Jr.; son, Bill Schwarzlose, III, and seven siblings.

Dorothy’s paternal grandfather lived with the family and the household catered to him. Dorothy remembered her grandfather would spit his chewing tobacco out of the window on his way into town for a shave, as he never shaved himself. Occasionally he would spit, not realizing that the window wasn’t open! He was the County Commissioner for more than 30 years.

Dorothy’s mother cooked three meals a day. Sometimes there would be 30 people over for Sunday dinner. Her father took her to school every day instead of letting her ride the bus because he felt it was his responsibility.

Dorothy went to Tivy Elementary and Tivy H. S. As a member of the Antlerettes, she played the tenor drum. She remembered never being sad or unhappy as a child. She and her nieces often competed in mud pie making contests.

Gene was smitten with Dorothy the first time he laid eyes on her. He was in Kerrville working as a flight instructor for the navy. They married on July 8, 1944. Bill was born in 1951 and right behind him, Bob was born in 1952. The family lived in Kerrville until moving to Houston, then Beaumont, when the boys were about 5 and 6, to get away from the cedars to which Bob was allergic. Gene began building pools in Beaumont after being hired to build the outdoor pool at Lamar University.

But they always kept close ties with their friends in Kerrville, spending all of their vacations and many long weekends at the deer lease. Ernest and Jean  Lidiak especially were lifelong friends. As Dorothy and Gene raised their family in Beaumont, they also made a number of close friends with whom they traveled and got together for many celebrations.

Her five grandchildren were the joy of Dorothy’s life. And she was a joy to each of them. Even though she couldn’t swim, she would don an inner tube and jump in the pool with them. Pool baseball was a favorite activity. She was such a fun grandmother, cooking their favorite things, playing games, and taking them on trips. She was very proud to know that each of her grandchildren earned college degrees and happily welcomed each of her granddaughters-in-law to the family.

Dorothy spent many hours at Bethlehem Lutheran Church serving in many ways such as Superintendent of Sunday School and The Alter Guild. She had so many cherished friendships at Bethlehem, especially with her dear companion, Jean Spitznagle. She worked at Beaumont High, which later was renamed Central High, from 1970-2002.

In her later years she delighted as each new great-grandchild was born and cherished her moments with them. She relied on her caregiver, Pat LaBlue, who lovingly tended to many of her needs.

Dorothy will always be remembered with so much love by her son and daughters-in-law, her grandchildren and great-grandchildren, and a multitude of friends. She was a faithful Lutheran, a good cook, a loving wife and mother, a hard worker,  and a fun-loving friend. Our lives will not be the same without her but we rejoice that she is in heaven with her Lord and rejoined with her beloved Gene, her son Bill, and other loved ones. 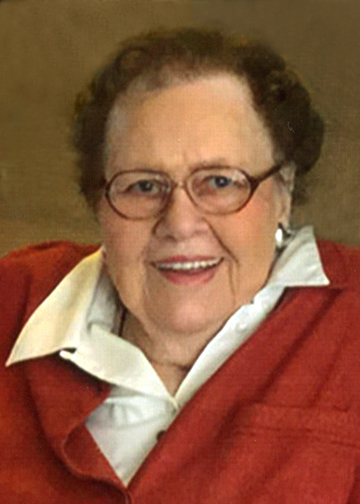 So sorry to hear of Dorothy's passing. She was such a sweet heart!! Prayers for all.

I have many fond memories of Dorothy. She was so witty and delightfully expressive. Unique....she will be missed! Love and prayers for all who mourn. â¤ï¸â¤ï¸

My sincere condolences to the Schwarzlose family. I worked with Dorothy in the BHS office and after graduation took her place as secretary for Gene at Schwarzlose Pools. Gene and Dorothy were like family. Sorry for your loss.

I'm so sorry. to hear about Mrs. Schwarzlose she was a beautiful lady not only at school but neighbors too. She got me out of trouble at school a many of time. Rest easy

Bob, Charlotte & Family..... so sorry for the loss of Dorothy... she was definitely Bobbyâ€™s second Mother maybe really his First! He loved she and Gene so much.... as you to Bob as a brother.... Iâ€™m in Houston at MD Anderson and will be so sorry to miss her service and Bobby is laid up from back surgery today... .. we will be there in our hearts... PRAYERS FOR YOU ALL.. she was definitely a special lady...

Bob and Charlotte, I am so sorry for your loss. My prayers are with you daily.

Bob, so sorry for the loss of your mom Dorothy. I have fond memories of her being my Sunday School teacher at Bethlehem Lutheran Church and her years working at Beaumont High School. May God bless her soul and place his grace over you and your family.

Bob - Our thoughts and prayers are with you and your family. Your family were wonderful neighbors for many many years. God Bless.

Sor sorry for your loss. She was a sweet amazing woman. I will see you somewhere over the rainbow, Dorothy. XO your Toto