Douglas was a World War II-era United States Navy veteran having served aboard USS SLATER (DE 766). He worked at Texaco Case and Package Division, “Texaco Island”, for thirty-three years prior to his service as a custodian at Groves Middle School until he retired in 1992. Douglas and Ruth moved to Portsmouth, Virginia after retirement to be near family. He and Ruth enjoyed traveling but their favorite pastime was spoiling grandchildren.

He is preceded in death by his parents; wife, Ruth Inez David; sisters, Anite East and Mecelia Broussard; and brother, J.N. David. 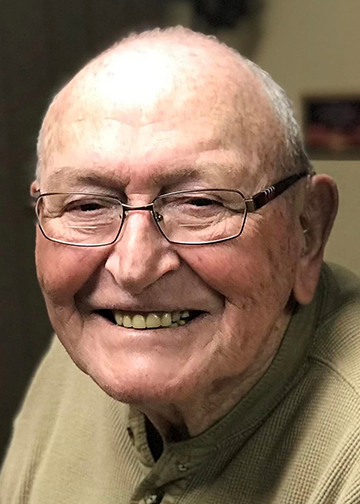 I did not know him well but every time I saw him he was such a joy to be around. One of the nicest and most joyful people I have met. Thank you for sharing such beautiful memories.

So sorry about your Temporary loss.
It been a Blessing knowing your family, fellowshipping with you and seeing and experiencing Dougs love for his family. I know the Lord has already given your family His Peace which passes understanding, however I lift you in Prayer anyhow. God Bless ❤️🙏

My last Uncle…Refinery workers tend to call each other shortened versions of each others last names…Following Dads greetings.. as a child, I started calling him “Uncle Dave”…I will always remember his sense of humor and great smile!…Praying for Doug and Priss and all the family…love y’all…Paul “RICH”!

So sorry for your loss. You have our prayers. Anite was married to Donald’s father and was the only grandmother our children knew. Doug is remembered as a great friend to us all.

We loved Papaw so much, he was so blessed to have you, Pricilla, Bill, and boys to take such amazing care of him! To have each other in your lives, so many people don’t have such close relationships with parents/grandparents. I know he is with Jesus, and your Mom just looking down on ya’ll with pride! Love you, Julie Hayes Anderson and family

Sorry for your loss.Your dad was nice man you he is will greatly missed.

I am so sorry for your loss. I am sorry for the empty place in your heart and hope it fills with memories of love, fun and happiness.