Dr. Rodgers had a very distinguished academic career. She graduated from the University of Houston in 1996 with a Bachelor’s Degree in Biology. She continued her education, receiving a Master’s of Science degree from Lamar University in 1999 and then earned her doctorate in Biological Sciences from Texas Tech University in 2002. Her dissertation topic addressed the effects of Chernobyl’s radiation on the genetics of rodents living in the highly contaminated zones near the reactor. As a Post-Doctorate Scientist at Texas Tech, she received a $1.9 million grant from the Department of Energy to continue her research on genetic impacts at Chernobyl. Dr. Rodgers also traveled to Guyana with the Smithsonian Institute to assess the genetics of tropical rainforest bats. She was hired by West Texas A&M University as an Assistant Professor in 2003 and promoted to Associate Professor in 2008. In 2005 she helped to initiate re-training of former weapons-scientists in Iraq. From 2006 – 2013 she was contracted by the U.S. Department of State to work with Iraqi nuclear scientists and serve as a United States Delegate to the International Atomic Energy Agency in Vienna, Austria, and at venues in Croatia, Italy, Jordan, Cyprus, Switzerland, and Turkey. In 2009 she was recruited to the Department of Biological Sciences at Texas Tech University. At Texas Tech, she continued and expanded her science-diplomacy work in Iraq and IAEA, assisted in receiving about $4.2 million in support for her work. While at WTAMU and Texas Tech, she trained numerous graduate students and developed courses in Human Genetics, Genetics, Introductory Biology, Scientific Procedures for Nurses, and others. She was recognized for her excellence in teaching through various awards at Texas Tech University, and her training programs received international acclaim from scientific groups in Ukraine and Iraq. Dr. Rodgers’ research observations resulted in numerous publications in national and international peer-reviewed scientific journals. Dr. Rodgers’ impact on science and science-diplomacy has been immeasurable.

She was proceeded in death by her parents; dad, Dee Rodgers; mom and stepdad, Wanda and Harry Barnhart.

A memorial service for Dr. Rodgers’ will be held at 4:00 p.m., Saturday, August 14, 2021, at Broussard’s, 134 West Buccaneer Drive, Winnie, TX. Her cremation arrangements were handled through Broussard’s Crematorium, Beaumont.

The family has asked that in lieu of floral arrangements, memorial contributions may be made to the Humane Society of Southeast Texas, 2050 Spindletop, Beaumont, TX 77705 or the American Cancer Society, 1640 N Major Dr #101, Beaumont, TX 77713, in her memory.

Please observe social distancing guidelines. By attending any public event you are acknowledging the risk of exposure to the Corona Virus. Please follow guidelines set forth by the Centers for Disease Control: cdc.gov. 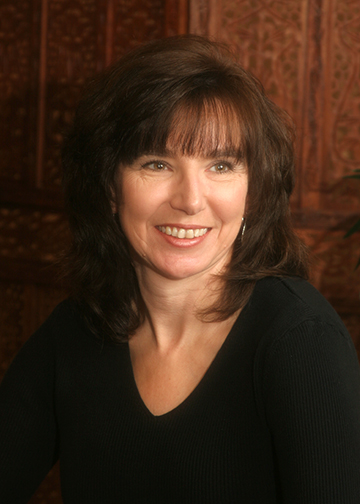 I’m truly going to miss her and have since she moved from Lubbock Texas. She was such a sweet lady. Love always 💖 ❤ 💕

My deepest condolences to the family. What an amazing woman she was.

I’ve known Brenda before she became Dr. Rogers and married Ron Chesser. They were both part of an extraordinary research team consisting of Dr. Robert Bradley and Lisa, Dr. Robert Baker, Dr. David Schmidly , students and former students. This team conducted ground-breaking mammalian genetic research throughout the southwest and even around the world. Brenda was part of this team when they worked in the Red Forest exploring the effects of radiation on the fauna at the site of the Chernobyl nuclear accident. Collectively, they answered many questions of science and Dr. Rogers was an important contributor. She will be remembered and missed my many as a scientist and a friend.

My Dear Brenda, You have brought so much joy into my life since you married my son Ron. i remember telling you that I would love you as my daughter if you would love my son. You and Jaquiline became the beloved daughters i never could have. I love you and will miss you so much. Remember that always! Love Loweta Chesser

Ron I am so sorry to hear about Brenda's passing. Please know that we are thinking about you at this time.

Ron our prayers and thoughts are with and family!! What a awesome and amazing lady!! So happy to have gotten to ,meet you both!! Was a very special lady. Will always remember that weekend. Just remember that you all are loved by the Lord and family!!!!???