During college, Dr. Drury was a walk-on for the University of Nebraska football team, where he received his Bachelor of Arts degree in 1960. He then joined the United States Navy, serving on the USS Princeton as a navigator until 1963. After serving, he taught and coached football at the local high school in Red Cloud, Nebraska. Bruce later earned a master’s degree from the University of Nebraska and a doctorate from the University of Florida.  Dr. Drury began teaching political science at Lamar University in 1971.  He served on the Lamar University Faculty Senate for many years and was the faculty advisor for the Lamar Student Government Association.  He received many awards including Regents’ Professor in 1992, the Julie and Ben Rogers Community Service Award in 1993, SGA Professor of the Year in 1996, and the Phi Kappa Phi Teacher of the Year in 1999.  Bruce was formally designated a Distinguished Professor Emeritus of Political Science at Lamar University in May of 2005.

Outside the classroom he was involved with the Lamar Youth Swim Team and Big Thicket Association.  Bruce was Precinct 4 Chairman and also assisted with elections and student voter registration. 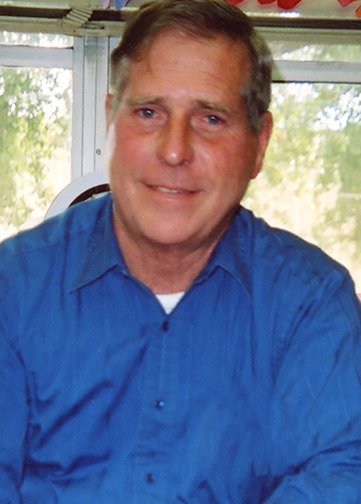 I first met Dr. Drury as a student at Lamar attending one of his classes. Since then I have never forgotten him or failed to remember what a truly incredible person he was. He was not only a great teacher of his subject matter, but a teacher of life of the most important kind. I would like to express my condolences to his family and thank him for what he has done for me as a human being.

Dr. Drury, first and foremost was a Christian who very much demonstrated his faith his daily life and demeanor. He was always kind and seemed so peaceful. Even if you did not agree on something, he seemed to calmly approach it as an opportunity to present both sides. He was to be admired for his commitment to actively express his his beliefs and to follow through with actions to show it. He was a great man and will be missed.

For many years I have admired Dr. Bruce’s activism conserving the environment and the Big Thicket and his service as Past President of the Big Thicket Association. He will be missed.

We are so sorry to hear of Bruce’s passing. We first became acquainted with him through youth swimming and later as a colleague at Lamar. Our prayers are with his family.

Many great memories of Bruce and his family as fellow church members at St. John and as college students at Lamar. God blessed us with Bruce’s friendship and his expertise – a truly Christian servant. Prayers of comfort and peace to Donna and his family. God’s Blessings.

Many great memories of Bruce and his family as fellow church members at St. John and as college students at Lamar. God blessed us with Bruce’s friendship and his expertise – a truly Christian servant. Prayers of comfort and peace to Donna and his family. God’s Blessings.

Sweet Donna and family, I’m so sorry to hear about Bruce. He worked with me on the Landscaping Committee at our church. We all enjoyed working together on that project. Bruce will be greatly missed by us at St. John Lutheran Church. Donna, please let me know if you need me for anything-to talk, to listen-I will be here for you. Saying and sending love and prayers for you tonight and in the days ahead.

Dr. Drury was one of my favorite professors at Lamar. He was so knowledgeable, patient, and interesting. I took my first Poli. Sci. class from him and then turned around and signed up for my second required class with him. He was a very special and nice person. May God comfort his family during this time of great loss.

I am so sorry for your loss. He was my very favorite professor and I took all his classes. He inspired me greatly. I am now doing renewable energy work full time in large part because of his influence.

To Joan and your family: I remember our sitting in front of you at Redeemer Lutheran. I remember your beautiful family, and I also remember the time that we chatted and you told me that Bruce was your dad. That’s when my lazy eyebrows perked up and I told you, “I know who he is!” Your dad was a handsome and very gracious man. I think that his disciplined background as a football player and teacher made him the wonderful man who I will always remember. May God bless you and your family, and may all of your memories bless you until you meet again. Praying for you and yours. S-S and RAS

This news saddens me greatly. I came to respect and like Bruce very much while working at the Enterprise. He was a valuable source for me and a bottomless font of political knowledge. He also was a good guy. Rest in peace, Bruce.

Dr. Drury was my advisor and favorite professor. As a Political Science major, I was fortunate to take at least one of his classes each semester. He was always so kind and patient. I’m very sorry for his family’s loss.

Sorry for your loss. Dr. Drury was a member of our Aphasia Group at Lamar Speech Department. Donna , as a ASHASIA caregiver, was always there for him. We all will miss him.
Joyce Lowrey

Dr. Drury was my favorite college professor! I don’t even remember the names of any of my other ones! I loved my first Poli Sci class with him so much, that I made sure to get him for my other required course, and then, for my two electives! I was an education major! He was simply the best! My thoughts and prayers are with you all!

Peace be with you,
Shannon Garrod

Bruce Drury was also very active in other organizations, as well, including: Clean Air & Water, Golden Triangle Sierra Club, and Progressive Democrats. He was President of the Big Thicket Association from 2007-2010 and served many years on the Board of Directors of Clean Air & Water. It was a pleasure to be his friend and to work with him within all four of these organizations.

I remember Bruce from when I worked at Big Thicket from 2005-2011 – His work with the BTA – he was a very nice man – and I am very sorry for your families Loss. My prayers are with you all. I’ve been back at BITH since 2018.