Dr. Charles “Charlie” Bollich, PhD., 95, of Beaumont, died Thursday, June 16, 2022. He was born on September 9, 1926, in Mowata, Louisiana, to Edna Boudreaux and Anthony Bollich. Charlie served in the United States Navy during World War II. He retired from the United States Department of Agriculture as a Rice Breeder after over thirty years.

Over the course of his career, Charlie received many prestigious awards. In 1983, he was awarded the United States Department of Agriculture Award for Superior Service. In 1994 he was inducted in the Agriculture Research Service Science Hall of Fame by the United States Department of Agriculture. That same year, the C.N. Bollich Endowment Program by Texas A&M University was created in his honor. In 1995, in was inducted into the Louisiana State University Alumni Hall of Distinction.

After retirement, he was a rice research consultant, developing rice for the United Nations. Charlie served as a past president of Texas Archeological Society and a member of the Louisiana Archeological Society. He was considered an expert on the pottery of Southeast Texas and Louisiana. The Museum of the Gulf Coast in Port Arthur is home to some select pieces of his archeological findings. 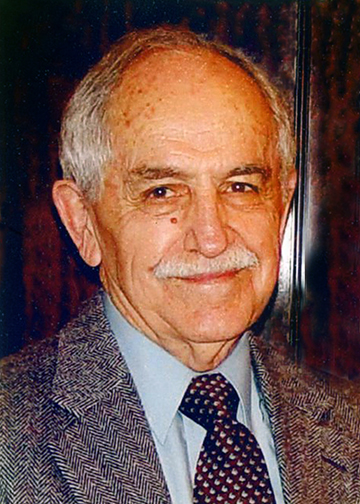 Dr. Bollich was a wonderful mentor and very helpful when I started my career as a rice breeder for the University of Arkansas back in 1982. We had many interesting conversations dealing with what characteristics were going to be most important in the future for rice breeding and what he was
finding in the Archeological field. He was truly a remarkable individual.

Charlie Bollich, was a very delightful man to have a conversation with. I enjoyed him and
Andrew at Manresa-Beaumont every year,
where we would share our takes on the
subjects presented in the Retreat, but also in our daily lives. He will be missed. God be with you, Charlie, for you are now with Our Lord.
Roy and Patsy Kirkland

Charlie never met a stranger and always remembered you when he saw you. We loved talking to him and he was so interesting and knew so much. He will be missed.

I never met him but I know his son Paul. I’m so sorry for y’all loss. I pray y’all can find peace and comfort during this time. Love U Paul n Sally. Rip Dr. Bollich

I met him at the John J. French Home and was such a nice, likable man. May he RIP!

Charlie was a Great Guy. I have enjoyed this man for over 30 yrs and we had some very good times together. We all have lost a good friend and outstanding person. May His Soul and All the Souls of the faithful departed, Rest In Peace, Amen

I was hired in 1991 by USDA-ARS to step into Dr. Bollich’s position at Beaumont. For a man of short stature, he cast a long shadow. Not having any experience in rice breeding, I appreciated the many times we talked about his rice breeding program and walked through the field together so I could try to see what he saw. He was always open and willing to share his perspective. Considering his reputation as one of the most influential rice breeders in the US and well known around the world, I was very appreciative that he handed over the program to me and instilled trust in me that I could take it and run.

Dr.Bollich and I became friends at St. Anne Church where we were both members of the .Pastoral Council. Later, when we discovered a shared love of opera, we arranged to travel to Houston for performances as often as possible. He was a true Renaissance man. He loved art in all its’ forms. He was a True academic, and used his considerable skills and knowledge to better the lives of many. He was funny and generous, and loved to engage on most any topic, in a spirited and mostly respectful manner.
I was traveling when Charlie passed on, and I am sorry for that . It’s easy to imagine his joy at seeing his old friends, wife and family. We will all miss him, and are lucky to have known him.

Dr. Bollich was a nice person that gave back to his community. Our thoughts are with the family and sorry for your loss.

Dr. Bollich took me in, made me feel comfortable and was my encouraging mentor at the rice research center in Beaumont for my first real research position. We both had degrees from LSU, a desire to investigate rice plants, serve God and rice farmers. Both of our wife’s had brain tumors. He knew I admired him and he helped advance my career and life!
I’m here to help . 409 781 4080

Thank you for letting us know Jamie