Rusty was a devoted son, loving brother, doting uncle, and exceptional friend.  He enjoyed fishing with the family on Lake Sam Rayburn, playing dominoes at family gatherings, and cooking favorite recipes.  He loved hosting parties and was always the life of the party. He loved to travel and would have “get-aways” as often as possible.

He was the first in his family to enroll in college and obtain a degree.  He began his higher education at Southwestern A/G College studying music, then transitioned to studying Biology at Lamar University.  He later attended San Jacinto College Central where he received his EMT/Paramedic in 1996; AAS in Nursing from San Jacinto College Central in 1999; MSN in Nursing Education from Texas Tech University Health Sciences Center in 2008; and EdD in Leadership and Management from Capella University in 2015.

From 2001 to 2008 Rusty was a Clinical RN to multiple areas of healthcare including, ER, ICU, Cardiac Cath Lab., Emergency Room Charge Nurse, and Educational Coordinator/Occupational Health Coordinator. From 2010 to 2013 he was a Co-Author of multiple Pearson Prentice Hall Publishers publications.

Rusty was a Professor of Nursing at San Jacinto College for 13 years. In the spring of 2020 Rusty’s teaching assignment transitioned from the Associate Degree Nursing Program to the RN-to-BSN Program. He worked diligently to ensure that the programs’ curricula and outcomes were rigorous and robust. His teaching and assessment methods challenged the students to achieve excellence; once his students completed the nursing programs, they demonstrated a sense of accomplishment and pride. Fall, 2021 Rusty was assigned as the Interim RN-to-BSN Program Department Chair. During that time, he demonstrated exceptional leadership characteristics resulting in the program being recommended for “Initial Accreditation” from the Accreditation Commission for Education in Nursing (ACEN). Rusty’s contributions to the nursing programs at San Jacinto College are numerous.  He consistently led various initiatives and committees that promoted student and faculty success.

As stated in his application to begin his doctorate program, Rusty believed,

“I am grateful that I am able to set an example for my nieces and nephews who will be contemplating their own educational career in the near future. I have always tried to be a positive spokesperson for college within my family and do believe that it has had an impact on my nieces and nephews and am excited to see what decisions they make regarding education.” 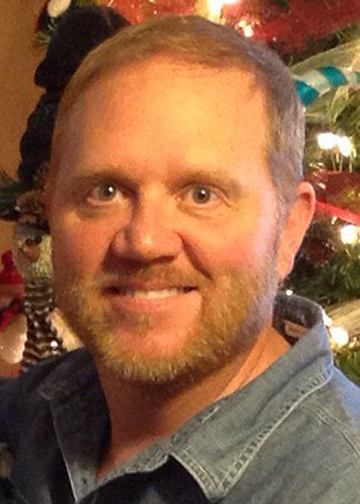 As a member of San Jac’s public relations team, I worked with Dr. Nichols multiple times on BSN program stories. He always responded quickly and helped me with whatever I needed. I could tell he loved teaching nursing students, and they respected and treasured him as a professor. One of the students I interviewed said, “I knew [the BSN] program would exceed my expectations when I read who was going to be my professor. Dr. Nichols expands complex topics in such a way to make us understand and help us become better nurses.” I was so sad to learn he had passed away. My heart goes out to you, his family and friends.

I was so surprised to see Rusty’s smiling photo in the morning paper, then devastated to see why it was there. He was truly one of a kind, and an inspiration to almost everyone he met. I hadn’t seen him since we moved to Brenham, and did not know he was ill.

My heartfelt condolences to his family and friends.

Dr. Nichols was my RN-BSN professor. I remember talking with him before I started the program and he was so excited to tell me about it and he was thrilled with how well students were doing in his classes. He was so kind and funny and really wanted the best for us. He wanted us to succeed and made himself available to help us do just that. I had just seen him on our Zoom meeting on February 8th and told him what a wonderful job he was doing on the program. I had talked to other nurses that were doing their RN-BSN programs at other schools and discovered that our curriculum was much more advanced. He said that he used his graduate school as guide and that he really wanted us to think critically and be prepared if we decided to get our MSN. He was always wanting us to do well. I will miss him greatly. He is unlike any professor I have ever had and it saddens me that I won’t get to see him again. Prayers to all of his family and friends.

Rusty was definitely one of a kind. He was one of the best people I’ve ever known. I have laughed with him a million times. He truly spread happiness and he will be missed so much. Condolences and love to his wonderful family.

My deepest condolences and prayers to Prof. Nichols family. I was his student at san jacinto and he was a great professor! I also had the privilege of taking care of him at the hospital as a nurse. It was my honor to take care of my instructor who taught me nursing. May he rest in peace, prayers always.

Rusty was definitely one of a kind. He was one of the best people I’ve ever known. I have laughed with him a million times. He truly spread happiness and he will be missed so much. Condolences and love to his wonderful family.

We are so sad with the loss of your precious so, Rusty. May God comfort his entire family! We love you! Special Love and Prayers

Thanks for your prayers

Dr. Nichols will be missed. A strong-willed, strong-minded, direct, professor with much knowledge given. Prayers to family, friends, and students. Rest in Heaven.

My condolences to Rusty’s family. I worked with Mr. Nichols for over 5 years as the Nursing Administrative Assistant at San Jacinto College. I so admired his dedication to our Nursing department. He was a really smart cookie and I truly enjoyed his kindness and heart for others. He will truly be missed.

Rusty had such an impact on my life. He was such a fun & loving friend & I have many many memories that I will cherish forever.

Thank you Paul. He loved Royal Rangers when he was younger. Thank you for your prayers

25 years of amazing friendship and so many wonderful adventures and lots of laughter and joy have given me so many moments of gratitude.
Rusty’s heart, care and compassionate friendship made a huge difference in so many lives. As I reflect, I can recall so many significant times in my life and you were there. My prayers go out to his family and all those experiencing this incredible loss. You will be remembered forever my friend, and I thank you for the blessing you’ve given us all. 🙏🏼

Our deepest sympathy for you and your loved ones

Thank you so much for your condolences

My thoughts and prayers are with Rusty’s family and friends. I remember the good times we had in church and our Royal Ranger campouts, especially the one to Tennessee. Fly high my friend.

Thank you Paul. He loved Royal Rangers when he was younger. Thank you for your prayers