After growing up in the small community of Jasper, Abe attended and graduated from Baylor University in Waco, and continued his education at Baylor Medical School in Houston. Dr. Henderson went on to practice Obstetrics & Gynecology for over 35 years in Beaumont. He served as Chief of Staff at Christus St. Elizabeth Hospital.

Although he grew up in a small town, Abe traveled the world. While vacationing in Toronto, he met the love of his life, Barbara Dunford, on a blind date. Abe and Barbara continued their romance as pen pals until they married in June of 1953. They then moved to Montreal for a medical internship, but eventually made their way back to Texas.

In Beaumont, Abe was a member of an investment group, Profits Unlimited, where he was known as the “Oracle of Beaumont” among his peers. During his retirement, he enjoyed his membership in Done Working, a retired businessmen’s group, and RODEO, Retired Old Doctors Eating Out, involving local retired physicians.

His wife and family were the love of his life along with his springer spaniel, Charlie. As well, he loved spending time at his farm in the piney woods of East Texas. Traveling with family and friends brought him great joy.

The family would like to thank Dr. Berton Brown and Dr. Randy Lombardo for their kind and thoughtful care as well as the staff in the ICU and ER, 2 East and Dubuis at Christus St. Elizabeth for their attentive care. We would also like to thank his caretaker, Rowena Cleofe, for her devoted attention.

A memorial service will be held at Trinity United Methodist Church in Beaumont at a later date under the direction of Broussard’s, 1605 North Major Drive, Beaumont.

In lieu of flowers, memorial contributions for Dr. Henderson may be made to either Trinity United Methodist Church, P.O. Box 5247, Beaumont, Texas 77726; The Dear John Michael Foundation, care of Duchenne Muscular Dystrophy, P.O. Box 81062, Midland, Texas 79708; or to an organization of one’s choice. 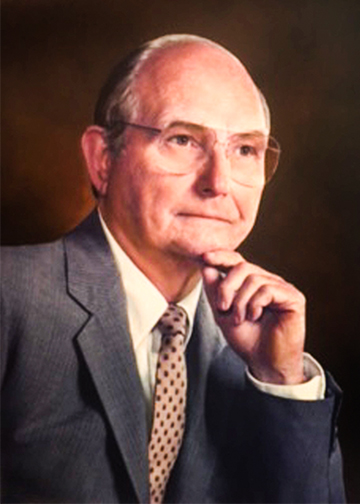 Dr. Henderson delivered my first baby on December 23, 1969, and what a fine doctor he was. He raised an exceptional son, John, also a great doctor! He took excellent care of my husband, Jack. RIP Dr. Henderson

Thank you, Dr. Henderson for such great care over the years. Deepest sympathy for your family.

Dear Barbara and the Henderson family, My deepest condolences to all of you during this most difficult time. Abe was a wonderful man and I always enjoyed being in his company.

Jon and I are terribly sorry for your loss. Praying God will give you strength to get through the next few days. Dr. Henderson was such a sweet man. He delivered my daughter and i was always thankful to him for the way he treated me.

We lived next door to Abe & Barbara on 23rd street in Beaumont in the 1950's and became friends with the family. Abe delivered all three of our children. He was a very caring man. RIP Abe.

Dr. Henderson was one of my favorite people. He will be missed. To all the Henderson family my sincere condolences. Rest assured that â€œDocâ€ is with the Lord. Godâ€™s love and peace.

Dr. Henderson , So sorry to hear of the loss of your Father. I had the opportunity to be his patient when I was younger. He was always such a sweet man that made you feel comfortable as a patient , just as you do. My thoughts and prayers are with you and your family. I know that you will miss him greatly. May your memories give you peace and comfort .

Dr. Henderson was always one of my favorites to work with in my days in the OR. Just a big Teddy Bear. I have been fortunate to keep up with him through his son John and his family. Heaven gained a great man. Know I love each and everyone of you.

May God bless you Dr. Henderson, and your family, your pride and joy, What a beautiful legacy you have shared with all of us that know them. Wishing you peace and sending lots of love to your family.â¤ï¸ The Lutz Family.

John and Paul , I'm so sorry to her of your dad's passing my prayers are with you and your family. GOD BLESS

Dear Barbara and family, Abe was one of the finest men we were blessed to call a friend. We will miss his warm smile and wit. Know that we have you and your family in our prayers. Love to you and your sweet family. Mike and Elaine Smith

John and Paul, so sorry to hear of your Fatherâ€™s passing. Prayers and condolences to the entire family.. May he Rest In Peace

One of the finest men I've ever had the honor to know. Mrs. Henderson, John, Paul, David, Katie, Molly, Lucy -- my love to all of you.

I am so sorry to hear of Dr. Hendersonâ€™s passing. He was such a kind person. Although I would only see him occasionally through the years, he remained a special person to me and my family. He was my motherâ€™s doctor. Before her time to deliver triplets, Dr. Henderson had to go to a medical conference giving her his emergency phone number he assured her he would always be available until the babies were born. Fortunately she didnâ€™t need to use the emergency number and Dr. Henderson delivered three healthy babies. I am forever grateful for the care he gave me, my triplet brothers Tony, Walter and my mother Myrna. God bless him. You all are in my thoughts and prayers. Jim Brocato

My condolences to the Henderson family. I have very fond memories of Dr Henderson. He always had a pleasant & friendly way about him.. Thoughts and prayers to your family.

So sorry to hear of your loss, May God being peace to loved ones and friends .