Dr. John Alden Osborne, Jr. (“Jack” or “Papa” to his many friends and loved ones) died peacefully at home on April 16, 2021. He was born January 24, 1928, to John Alden Osborne, Sr., and wife, Wilda Cullen Bonner Osborne, in Memphis, Tennessee, where he spent his formative years. Upon graduating from Messick High School in Memphis, Jack entered the Navy where he was stationed in the Panama Canal Zone. After being honorably discharged from the service, he went on to earn his undergraduate degree from Memphis State and medical doctorate from the University of Tennessee.

It was in his last year of medical school that he told his mother he had “found the girl he was going to marry.” He had met the love of his life, Billie Dean Hooper, and they were engaged three months later. They married on December 28, 1953, after his graduation from medical school and immediately moved to California for his medical internship at Oak Knoll Naval Hospital in Oakland. Next, they moved to Texas for his residency in Anesthesiology at UTMB’s John Sealy Hospital in Galveston. Both wanting to remain in Texas to raise a family, Jack had the good fortune of meeting fellow anesthesiologists Bill Darnell, Russell Bebeau, and Cecil Glass from Beaumont. He was invited to join their practice and helped grow it to become Anesthesia Associates. He continued to practice there for forty-two years.

Jack was a perpetual boy scout and was “always prepared” with a solution for any situation that might arise. In addition to being a practicing anesthesiologist, Jack was also an accomplished woodworker, machinist, welder, and jewelry maker. Many artifacts of his work can still be found today about the homes and persons of family and friends scattered throughout the country.

During the 1970s and early ‘80s, Jack could often be found enjoying time with family and friends outside of Johnson City, Texas, at the OJO ranch that he shared with his brother-in-law, Alfred M. Johns, and his lifelong friend Dr. Timothy J. (TJ) O’Neill. He also enjoyed flying his Cessna 182 Skylane for pleasure as well as for trips. Jack and Billie shared a love of travel and enjoyed many adventures around the globe over the years, especially during their “empty nest” years. One of Jack’s favorite places was Africa where he had gone on safari with his brother-in-law in the 70s, and again with Billie on a photo safari celebrating their 50th wedding anniversary. He also loved playing golf with his Chokers group and enjoyed once a month lunches with his RODEO group (Retired Old Doctors Eating Out.)

Until his final few days, Jack was a steadfast protector and provider for his family, always making sure everyone else was cared for. He is survived by his loving and devoted wife of 67 years, Billie, daughter Donna Osborne Vallee, son, Thomas W. Osborne and wife, Tanya, daughter-in-law, Thea Osborne, his many grandchildren (who were his pot of gold at the end of the rainbow), grandsons Michael Vallee, Daniel Vallee, Devin Osborne, Jacob Osborne, and granddaughters Elliott Osborne and Remy Osborne, his brother William (Bill) H. Osborne and wife, Nell, and numerous nieces and nephews.

He was preceded in death by his firstborn son, John Alden Osborne, III, his parents, Wilda and John A. Osborne, Sr., his sister, Mary Anne Johns, and grandson Alden Thomas Osborne.

The family gives special thanks to Altus Hospice, and his wonderful caregivers Deneka Roberts and Whitney Bean for their compassionate and loving caring of Jack.

A gathering of Dr. Osborne’s family and friends will begin at 1:00 p.m., with his memorial service to follow at 2:00 p.m., Thursday, April 22, 2021, at Broussard’s, 1605 North Major Drive, Beaumont. A family committal was held at Broussard’s Crematorium, Beaumont.

In lieu of flowers, the family requests donations be made to a charity of your choosing in honor of John Alden Osborne, Jr. 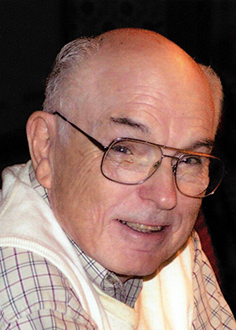 Donna,,I"m so sorry for your loss my prays are with you and your family

Donna, I was honored to have known your Dad. In reading about his life, it is apparent his life was blessed and he was a blessing to those that knew him. Prayers snd love to you and your family in the days ahead.

Donna, My thoughts and prayers are with you and your family. God bless you all.❤️

I’m so sorry for your loss. I worked at Anesthesia Associates for about 10 years. Dr. Osborne was always a very kind boss. I know he will be deeply missed by all.. Prayers for Billie and family during this time. You have all the precious memories in your heart.

My thoughts and prayers are with you and your family, Donna. sending you hugs and prayers!

I had the honor of working with Dr Osborne in the OR together with Drs Darnel, Bebeau, and Glass, all well respected physicians. He was the ultimate gentleman. He cared for his patients deeply as well as every member of the operative team. Prayers for the family.

We so loved his passion for life and politics. His Facebook posts were legendary. His dry wit and sense of humor made every meal more entertaining. His leadership and commitment to the health of the community was such a gift. We will miss him!

Tom, So sorry for your loss. From all of us, at Title Houston Holdings, we offer our thoughts and prayers to you and your family.

Dear Billie, so so sorry. Jack was such a great guy. You are such a strong, sweet lady. Jack once told Earl that he would have never amounted to anything except for Billie. Ya'll were the best couple. I loved you both. Love you Billie. Stay strong.