On April 14, 2020, just 3 days after his 85th birthday, Dr. John Thomas Halbert, passed away quietly in his home. John had fought a long, courageous battle with Parkinson’s Disease, but never succumbed to self-pity or despair, even in the advanced stages of his illness.

John Thomas Halbert was born on April 11, 1935 at his home in Attoyac (commonly known as “Black Jack”), Texas. His family then moved away and lived in various remote areas in New Mexico and West Texas, where he spent many days reading or exploring the desert on his horse. At the age of 13, when his family moved back to Black Jack, John first met Wilma Dell Strickland, who became his childhood/high school sweetheart, and later his wife on August 20, 1955.

John spent his teenage years working on his father’s farm. A member of the 4-H Club, he caught a calf at the Houston Fatstock Rodeo! John was treated for polio when he was a junior in high school, but went on to graduate from Chireno High School in 1953. After attending Texas A&M for three years on a full scholarship, one of which as a pre-veterinary student, he then attended The University of Texas Medical School in Galveston. John was selected by the faculty for the Mu Delta “Most Outstanding Freshman Medical Student” in 1957 and graduated with honors in 1960.

Just three months after moving to Orange, Texas and establishing a medical practice, John was drafted. He served as an army doctor at Fort Campbell Kentucky, where he was placed on a 3-hour alert during the Cuban Missile Crisis. After two years of service in the army, John moved the family back to Orange, and in 1969, they moved to Galveston where he completed a residency in psychiatry. In 1971, the family made their final move to Beaumont, Texas where John practiced psychiatry for many years. John’s family is very proud of his many professional accomplishments. He was board certified in general psychiatry, in the treatment of drug and alcohol addiction, and in geriatric psychiatry. He was also named as a Fellow by the National Psychiatric Association.

John’s love for his patients was only surpassed by his love for his family. He was a devoted family man, and his grandchildren were his greatest joy. John loved the outdoors, and was an avid fisherman and hunter, and he especially enjoyed bow-hunting. He also enjoyed puttering in his workshop while listening to country music. After his retirement, he spent as much time as possible at the family farm (“Leon’s”), near Chireno, Texas.

Preceded in death by his parents, Willie and Myrtle Halbert and his siblings, Loron Halbert and Lerene Green. John is survived by his wife of nearly 65 years, Wilma, and their children: Bart Halbert, Dean and wife Gina Halbert, and Suzanne and husband Bobby Moore, all of Beaumont. He is also survived by his four grandchildren: Anna and Rachel Wohleb (and their father, Chris Wohleb), and Garrett and Caroline Halbert, as well as his sisters-in-law, Norma Hargis and Mary Ann Strickland, as well eight nieces and nephews.

The family will have a private graveside committal in Chireno, Texas. Once the COVID-19 restrictions are lifted, the family hopes to have a fitting memorial service so that extended family and friends may gather in his memory. His arrangements are being handled under the direction of Broussard’s, 1605 North Major Drive, Beaumont.

We would like to thank the nurses from Professional Health Care Home Health and Hospice and John’s dedicated caregiver, Terry Whittington. In lieu of flowers, memorial contributions may be made to Calder Baptist Church, 1005 N. 11th Street, Beaumont, Texas 77702, the Salvation Army, P.O. Box 3706, Beaumont, Texas 77704, or to the charity of one’s choice. The prayers and support of extended family and friends are greatly appreciated. 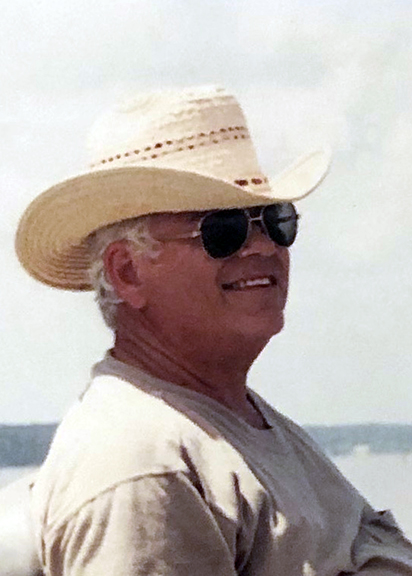 Dr. Halbert helped me through a difficult time in life. I will always be grateful.

My deepest condolences go out to your family! Iâ€™m praying peace. Love Jeff and Jodie Simmons

What an honor and a privilege it was to be an "almost-part" of Dr. Halbert's family. He was the consummate good ol' boy - hunting, fishing, and a passionate love for the outdoors - and yet he was one of the most intuitive people I have ever known and his capacity for empathy was limitless. (Unless you hurt one of his family and then you better watch out!) He was my dad's best friend and he was a source of strength and stability to us both when our lives were difficult to navigate. Together, he and Mrs. Halbert , their love, and their devotion to family, are a huge part of how I define family and how I define unconditional love. I love you Dr. Halbert. What a blessing you have been to all of us and what an indelible mark you have made on my life..

My prayers are with all of you. We had lots of good fishing memories

John & Charlie Glass weâ€™re firm friends.john was a wonderful , wise, doctor who saved & advised many patients. He will be missed.

Suzanne, Anna, Rachel, Ms. Halbert, Dean and Bart, We send our love and condolences on the passing of your father, grandfather and husband. I have great memories of him at fun gatherings at the Greenâ€™s. He will be missed. Please know that you all will continue to be in our thoughts and prayers during these unusual times. God Bless, Allison, Anna, Catherine & Jim

Praying for the family of a wonderful doctor and person.

Sending prayers of comfort to your family. We will continue to hold Dr. Halbert in highest regard and with fond memories,

Wilma, Bart, Dean, Suzanne & family...What a blessing it has been throughout the years to know your family but even more sweet to come to have a personal friendship with John only recently.. What a fabulous guy he truly was & I know he will be sorely missed by all. My sincere condolences for your loss & prayers for comfort & peace during this season of your lives. Kind regards. Jill Brasher Sherman

Great guy with a great family.We were lucky to be long time friends and neighbors.I was amazed at how bravely John faced his illness.His family stood by him to the end.Wilma is an angel on earth.Goodbye my friend.

I have fond memories of Dr. Halbert. I was his patient for several years. He helped me navigate through my parents' divorce, in addition to other struggles. I had mixed feelings when he announced his Retirement. I was happy for him and sad for me. I smile as I recall asking him, if he would consider keeping me and 2 or 3 patients, through his Retirement? I told him it was just so HE could keep his skills honed. He was amused, but declined. I was blessed to be his patient, how much more must his family and friends be? I can only imagine. My prayers for comfort go to all who loved him! God bless each of you.

You have our deepest sympathy.