Edwin Bob Bearb, 91, of Beaumont, Texas passed away peacefully in the early morning hours of October 18, 2021, from metastatic brain cancer.

Edwin Bob Bearb was born in Rayne, Louisiana, on January 1, 1930, the third of six children from the union of Calise and Alice Bearb. He went to Rayne High School and entered the United States Army at 16 years of age. He guarded the Panama Canal during his time of service. He was honorably discharged and returned to Rayne where he obtained his GED and became employed at Kennedy’s Department Store specializing in accounting. There he met Ella Lou (Pip) Broussard. They were married in September of 1951. He and Ella moved to Beaumont, Texas in the early 1950s when he became employed as a clerk at Magnolia Refinery. He remained as a clerk when Magnolia was acquired by Mobil Oil. Edwin became Union President of the clerical workers at Mobil (Oil, Chemical and Atomic Workers Union). Ultimately, he became a Mobil Company Employee and rose to the position of supervisor over the storehouse (materials management). He retired in 1992 after thirty-eight years with the company and began doing consulting work for Mobil over the next several years, first in California and then in Shawnee, Oklahoma. Ella and Edwin had two children, Suzanne and Michael, and remained married for forty-seven years until Ella’s death in 1998. He met Sandra Garner in Beaumont and they were married on January 31, 2004 and remained together for seventeen years until Edwin’s passing. Edwin loved his tools and loved to build and repair just about anything. His happiest times were spent in his workshop surrounded by cats, tools, and working on his next project. His neighbors lovingly referred to him as the easy button, as they went to him with their repair needs. He gladly accommodated their requests. 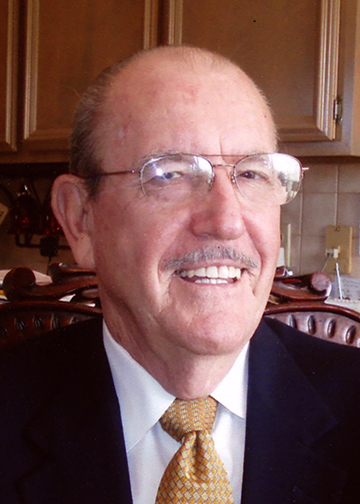 My condolences to the family.
Just heard about his passing. He made the world a better place.
God Bless

Mike and Suzanne, I was sorry to hear about your father. He was very genuine and very kind. I know he will be missed. Sincerely, Joe Palermo.

Sandy, I just got on Facebook and saw this. Honey please forgive me for not being there. I am so very sorry for your loss, Bob was such a delightful man to be around, he always made you feel welcomed. You two were so good for each other, I will always remember how good he was to Aunt Tee and to you . I’m always here if you need me. I love you Sandy.. Lederle

We are so sorry for the loss of a friend! We will miss his humor and stories.

Dear Sandy, I am heart-broken at my inability to attend Bobby’s services. I can’t drive on the Interstate any more and Monica’s health requires constant attention. Please know that Bobby was my favorite “first cousin, ” literal second brother to me (caring, friendly, fun) You and family are in my and Monica’s prayers. Thank you for all the courtesies shown us through the years, Love, Sidney.

I am so sorry for your loss. Joyce Lowrey

Mike,
We are sorry to hear about the passing of your father. He was a wonderful man. Pam and I looked forward to voting just to be able to visit with your dad. Our prayers are with you and all of your family members. Pam and Joe

bob was the best-i knew him at mobil during the time that i worked at mobil. i remember his easly smile–i always remember him that way—

I was sorry to read of the loss of Bob. He was always very friendly to me here in the neighborhood. I also worked with him at Dishman school during voting several years ago. I am so sorry for the loss of such a nice man!

RIP Bob—you were always so kind & made me laugh–you will be missed. Many condolences to Sandy & the family.