Edwin J. Chevalier Jr. was born in Beaumont, Texas, at 2120 Angelina St. – near Beaumont High School where he graduated in May 1945. He was drafted and served in the Army as a medic with top secret clearance at Sandia Base in New Mexico.  He also dealt German P.O.W.s, providing basic medical needs.  He said the sand around the original atomic bomb blast had turned to green glass.  His mother was worried that he would be sent to Japan for the reconstruction and warned him not to come home with a tattoo.  Ed’s total service spanned over 18 yrs. with the Army where he was an accountant and payroll clerk.  He was married to Hulene in 1952 and were together until she passed on September 21, 2021, a month shy of 69 years.  He had a long career with Sun Oil Co. as an accountant for 43 years.

The good times started when Little Eddie was just a baby. They traveled from coast to coast in an Apache tent camper. They traveled to Vegas and cruised the Pacific Coast highway.  They also had some great fishing trips to Roaring River, tubing the Guadalupe River – enjoying Gruene Hall,  best of all was their yearly trip to Panama City, Florida.  The family stayed at St. Andrews State Park right on the water in their Apache.  Once, Hulene had made a big pot of Spaghetti and she secured it in the camper while they went into town.  When they returned they found the spaghetti gone with the lid back on the pot.  Raccoons had a feast.

Big Eddie was the best father that anyone could wish for. He loved, cared for, and enjoyed his wife and son.

I would like to give special thanks to Ed’s niece Pat Schulz for all of the help making arrangements. 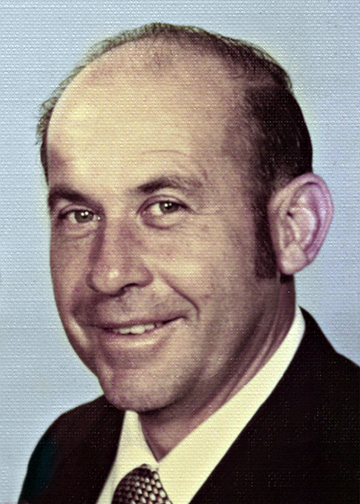 We always enjoyed visiting with your Father. It was always such a nice neighbor. You are in our thoughts and prayers.