Elida Casas Negrete was born June 8, 1933, in Rancho El Chapote, Matamoros, Tamaulipas, Mexico before moving to the state capital Ciudad Victoria where she was raised by loving parents we fondly called “Mamita and Papito.” She grew up as the older sister to two brothers. On November 11, 2022, at the age of 89, she was welcomed into Heaven by her husband of 44 yrs, Jose Negrete, who had been waiting for her since May 6, 2002.

Elida was a lively spirit with the gift of gab. She could strike up a conversation with anyone upon meeting. She had a beautiful smile, infectious laugh and a warmth that drew you in. It wasn’t unusual to be out shopping and a random person run up and hug her thinking she was someone else. Momma hugged them even though she didn’t know them. When they realized she wasn’t who they thought she was, they apologized. She simply said, “that’s ok, I like hugs!” Then hugged them again.

She briefly taught elementary school in Mexico before marrying and moving to Texas. It is something she spoke of with pride. She often felt she could have been an attorney with her fast-talking skills. She kept her creative mind busy and could be found passing rare quiet time with word-search puzzles, writing in notebooks about whatever she found interesting, doodling and drawing.

She dedicated her life to her family and opened her home to caring for her father until he passed. Tasty home-cooked meals and hand-made corn and flour tortillas were always on the menu. She and our father took their parenting responsibilities seriously and we never doubted their love for us.

She was preceded in death by her husband, Jose Negrete and grandson, Ricky Gongorra Negrete.

A gathering of Mrs. Negrete’s family and friends will be from 5:00 p.m. until 8:00 p.m., with her Rosary recited at 6:00 p.m., Friday, November 18, 2022, at Broussard’s, 2000 McFaddin Avenue, Beaumont. A Mass of Christian Burial will be celebrated at 10:00 a.m., Saturday, November 19, 2022, at Cristo Rey Catholic Church, 767 Avenue A, Beaumont, with her entombment to follow at Magnolia Cemetery, Beaumont. Following the interment, the family would like to invite everyone to a reception in the Parish Hall at Cristo Rey. 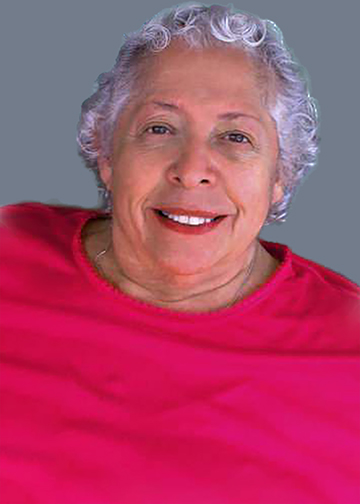 Sending lots of prayers for the Negrete. She had the best hugs ever. She will be truly missed. Love you all
Maria Douget

Abuelita, I will always remember the happiest days of my childhood running through your home, with the smell of your food in the air, and the sound of Spanish music in the kitchen. I will always remember your sweet hugs, kisses, and most of all your infectious laugh. You always started off a story so serious, and ended up laughing so much we could hardly understand the story, yet still ended up laughing along because it was so hard not to with that infectious laugh. The love that radiated is what we will miss the most, seeing you we will miss, but we will miss how you made us feel the most. I’m so lucky to have been named after you Abuelita, I’m so thankful for the bond we had. Rest in Heaven Abuelita 🙏 Love you forever.

My deepest condolences to the family and friends. I fondly remember when Mrs. Negrete would visit with my Mom. May God receive her with open arms and a big loving hug. May God bless you all with loving and joyful memories ❤️

Martie,
It’s been a long time time since I have seen your mom but I remember her being such an kind a friendly lady.
I pray for God to give you strength and peace in the difficult days ahead.

Maggie – My condolences to you, the boys and your siblings. I know how much love you had for your mom. I enjoyed hearing the funny daily stories about her along with the hilarious videos (especially the ones with her telling jokes and cracking up). I know that she is dancing in heaven with your dad. Your work family is here if you need anything at all.

My prayers for the family for peace in their hearts.
Mrs. Negrete was the sweetest and it is true she loved hugs and always gave them out freely. She was always fun to talk with and always had a smile.
She will be truly missed by all of her family and friends.