Eloise Dumesnil Willey passed away June 14, 2022, at the age of 97, at her residence in Nederland, Texas. She was born October 8, 1924, on Williams Street, previously called Wilhelmina Street and now known as North 14th Street in Nederland. Her parents were Dennis C. and Laura Eola (Langham) Dumesnil. She was born in her parent’s home and she and her husband built their home six houses down after he returned from the war. Eloise was the last surviving granddaughter of Thomas B. Langham (Langham Elementary) who in 1907 drove has cattle to have them swim across the Neches River to begin his family legacy in Nederland.

Eloise married the love of her life, James M. Willey, Jr., on May 24, 1940. She co-owned the Powder Puff Beauty Shop on North 12th Street for many years. She was active in the American Legion Auxiliary and was a member of the First Baptist Church Nederland. During World War II, while husbands were away in the war or working for the war effort, Eola, along with Eloise, started getting together with other local women to have “42” (domino) parties every week. This tradition continued after the war, but was then every other week and eventually went to once a month, with the “parties” continuing until the late 1990’s or early to mid- 2000’s. When Aunt Eloise and the “girls” stopped having the “42” parties, she and at least one more were original members from the War Era.

“Weezie”, as Eloise was affectionately known by family and friends, was preceded in death by her loving husband of sixty-two years, James M. Willey, Jr.; brothers, Roland and James Carroll Dumesnil (1920-1922); sister, Patsy Toups; and nephew, Dennis Ray “Spike” Dumesnil. She is survived by her nephew, Gary Toups and wife, Jacquelyn; niece, Connie Dumesnil Mathison and husband, Robert; and nephew Randy Dumesnil. She is also survived by great-grand and great-great-grand nieces and nephews. Eloise has a large extended family and she said recently she wanted ALL her family to know she loved them dearly.

Aunt Eloise had the dearest friends who called her regularly to check to see how she was feeling and have a laugh or two. A few months ago, she said that her friends list was getting smaller because she was outliving them. It is clear to all who knew her that it has been God’s plan to have her share her smile, laughter, and love with so many before awarding her with Angel wings.

She had the kindest heart and her faith never wavered. She told Gary recently that she had lived a long, wonderful life and she was ready when the Good Lord decided it was time. She always believed in the Power of Prayer, never going a day without reading her Bible. She accidentally tripped in the early Spring and cracked a couple of ribs. She told the ER staff that she got her feet tangled up and hit the bed when she was kneeling to say her prayers. The staff and family assured her that God would understand at 97 years old if she got in bed, then said her prayers to which she responded, “I have always knelt to say my prayers before getting in bed.”

A celebration of Aunt Eloise’s life will be at Broussard’s Mortuary in Nederland, on Wednesday, June 22, 2022. Visitation for family and friends will begin at 9:30 a.m., and a short service from Dr. Jason Burden, First Baptist Church, will be at 11:00 a.m., with the procession then leaving for Oak Bluff Cemetery, Tranquility Mausoleum in Port Neches where everyone will meet for Prayer. 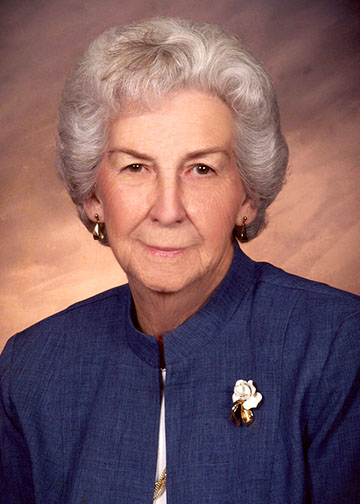 Great job on the obituary for Eloise Wiley.