He is preceded in death by his mother Magdalena Gallegos Torres.

He lost his battle to covid complications.  He fought the disease for two months in the hospital from August 16th to October 15, 2021.  This virus slowly attacked his body, organ by organ.  He managed to be with an oxygen mask then lastly was intubated.  Some may ask why we talk about how he passed.  Well, the reason is because he was a fighter who gave his all to get better.  Although covid may have taken his life, it never took his faith to continue fighting for his life.

He was such a hardworking man, who worked from Monday through Saturday and sometimes even on Sundays.  He loved to work as much as possible to provide for his family.  With little or no money, he always found a way to keep food on the table.  He was a man with so many responsibilities yet he still found time to spend it with his family and friends.  He was loved by so many of his co-workers at Wooden Pallets Inc., where he worked for 30 years.  His boss, Mr. Robert Worthey was very special to him.  Eloy respected him so much because he helped him in many ways, financially and as a friend.  They were the best of friends and went through so much together especially when Eloy was in the hospital.  Mr. Worthey wanted to help him get better.  For example, Mr. Worthey wanted to transport him to a Hospital in Houston.  He was an angel to Eloy and we will forever be grateful to him for helping us give him a proper funeral, one that he deserves.

He had so much light and made everyone laugh with his jokes.  His great sense of humor was like no other.  You could always hear his laughter from miles away.  Also, if someone needed help he would go out of his way to support them in any way he could.  He helped so many people and we are sure God will reward him for all the good things he did for people.

He was a man of so many passions.  He loved to eat whatever his wife prepared, from sweet cakes to spicy tamales. He would eat it all.   His love for cars and trucks was endless.  He would take care of them with so much care.  If one started failing, we would try to fix it as soon as possible.  He also loved animals, from feeding them to giving them all the attention they deserved.

This was the kind of man Eloy was.  A great man with so many attributes that was taken from this earth so soon.  But his memory will forever live with the ones who cherished and loved him.

There is a saying that God takes the good people first and he was one of them.  His family now has a strong angel looking after them in every step they take. 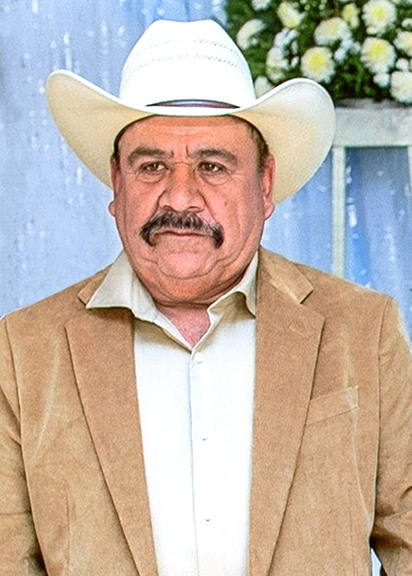