Linda graduated from the University of Santo Thomas, Philippines in 1968 with a Doctorate of Medicine. After she passed the medical entrance exam, she moved with her husband to the United States. Her first appointment was at Grant Hospital, Chicago, where she eventually continued to specialize in pediatrics.

In the early 1990’s, she assisted in establishing a weekly Catholic Bible study in her home with the help of other Filipino community members. Linda’s faith, love, and service to Christ was paramount. The prayer group, which has now been established for over thirty years, continues to meet to this day to be a source of faith, strength, and fellowship to its members.

Linda retired from full-time practice in 2012. Since then, she has enjoyed spending time with her children, grandchildren, and friends, as well as, traveling. She enjoyed visiting the Holy Land twice and went on several pilgrimages.

She is preceded in death by her parents and sister, Rose Roxas. 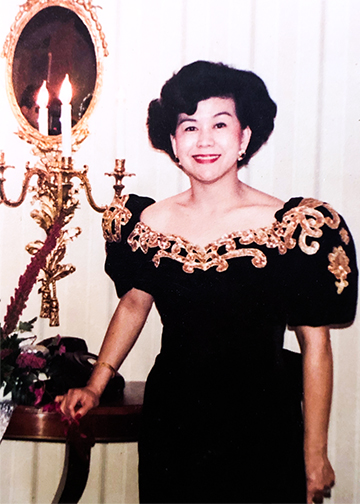 Our deepest sympathy. May His perpetual light shine upon her and may her soul rest in peace.

I did Doctor Punsalans hair some years ago. She was a very special and caring person. She will be missed very much. Prayers for her family and friends

My heart is with you in your time of sorrow. Dr Punsalan was a wonderful woman.

Our deepest Condolences to the whole family. May we have brought comfort during our visit., knowing that she have touched so many lives. In so many ways. Prayers for all of you who grieve. The heavens have gained a beautiful Angel., May Dr. Linda Punsalan Rest In Peace. ❤️

Tita Linda will always be in the hearts of all those blessed to have met her. Our sincere condolences to the Punsalan family. Thank you for sharing her to us.

Our heartfelt condolences to the Punsalan family. We wish you comfort and peace!

Dr. Punsalan was my pediatrician in the early 80’s. I was shocked and saddened to hear of her passing. She was a special lady. My deepest sympathy goes out to her family. Heaven definitely gained an angel. Rest In Peace.

Dr. Punsalan will be greatly missed she was an awesome pediatrician to my kids.. We feel blessed to have known her. Our condolences to her family.. Rest in peace Dr. Punsalan

Dr. Pansulan was my pediatrician from the 80’s into the 90’s, and I can still hear her voice! She was always so warm, kind, gentle, and sweet. She had such an infectious laugh and smile, and I always remember being glad to see her. She was an angel on earth, and now an angel above. My condolences to her family. I hope they are able to smile knowing how many countless lives she touched in her lifetime.

From the Peña family, Dr. Punsalan was an amazing women, you could put your own heart in her hand and she would cherish it and care for it as the most expensive piece of art. She continues to inspire our family to serve our community but most importantly God. She was a flower that brought peace to anxious hearts and she will forever remain in our hearts. We give our condolences to the family.

Angel I will keep her in our prayers, along with Phillip.