Ernest Boyd Cokley, Jr., known in Texas as “Ernie” and in Arkansas as “Little Peanut,” passed away peacefully on Saturday, February 13, 2021, at the age of 71 at the Riceland Medical Center in Winnie, Texas.  Ernie was born on March 14, 1949, in Dermott, Arkansas, the son of Ernest Boyd “Peanut” Cokley, Sr., and Juanita Hawkins Cokley.  Ernie grew up in Jerome, Arkansas, and went to school at the Dermott Public Schools.  After leaving high school, he married, and during this time, joined the Arkansas National Guard while the Viet Nam conflict was occurring.  For several years, Ernie worked for Riverside Grain Company in McGehee, and then moved to the Winnie, Texas, area in 1980 to start working in the oil and gas industry.  Ernie worked on the Strategic Petroleum Reserve, also known as “Big Hill” for 30 plus years.

Ernie was preceded in death by his parents, Ernest Boyd Cokley, Sr., and Juanita Hawkins Cokley of Jerome.  He was also preceded in death by his grandparents, both paternal and maternal.  Ernie was also preceded in death by his significant other and partner for over 30 years, Christy Edmonds, and his fur baby “Charlie” who went with him everywhere.  He and Charlie were “two peas in a pod.”  Ernie is survived by his sister, Beverly Cokley, of Dermott, Arkansas, a son Jim Cokley of Portland, his two daughters Jennifer Hill and her husband Dea, of Portland, and Lesli Mims and her husband Billy Jack, of Buda, Texas.  Ernie is survived also by his two grandsons, Max and James Hill of Portland, granddaughter Lotti Lane Mims of Buda, and great grandson, Wyatt Hill of Portland.  Ernie leaves more family and friends to mourn his passing in Arkansas, and in Texas.

There will be a Celebration of Life held at Pine Tree Lodge, in Texas, Saturday, February 27, 2021, from 11:00 a.m. until 2:00 p.m.  Please stop by to share a laugh or a memory and have lunch and help us celebrate and remember Ernie.  Ernie had previously chosen to be cremated and his ashes will be buried in the family plot in Dermott, Arkansas, at a later date. Cremation arrangements were handled through Broussard’s Crematorium under the direction of Broussard’s, 2000 McFaddin Avenue, Beaumont.

In lieu of flowers, the family asks that donations be made to St. Jude’s Hospital or a charity of your choice. 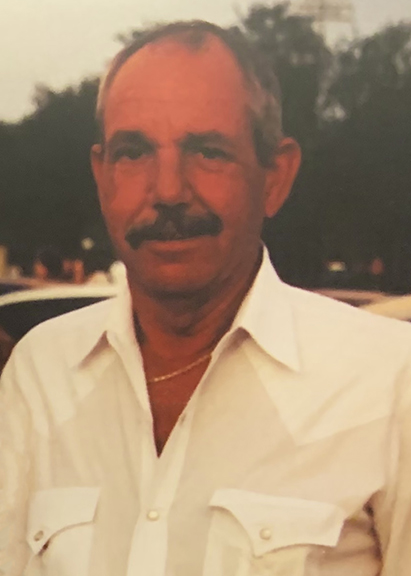 I remember you, Ernie, as a sweet and smiling young man. Rest with the angels. May God bestow his comfort and peace on your family.

Our Sincere Condolences to the family of Ernie. Rest Easy my Friend!

Ernie always had a smile on your face. May you have a wonderful reunion with your partner Mrs C in heaven.