Eudora Louise Cunningham was born on July 11, 1925, at her grandparents’ home in Wilson, Louisiana. During her childhood years her father’s job with Missouri Pacific Railroad gave the family the opportunity to live in several of the major metropolitan areas of southeast Texas – Huffman, Kenefick, Hardin, Hull, and Grayburg. Eudora married Jack Gilcrease in Sour Lake on August 18, 1950. Jack’s job with Sun Oil Co. gave the family the chance to live in Sunset, Louisiana, Winnie, Texas, Humble, Texas, and Garland, Texas. After the death of her husband, Eudora returned to Beaumont where she lived for the last thirty years.

Eudora is survived by her daughter, Karen Pietrowski and son-in-law, Ray Pietrowski, of Houston and son, Jack Wade Gilcrease, of Beaumont.

She is preceded in death by her husband, Jack and sister and best friend, Helen Cunningham, of Sour Lake, both of whom she is delighted to be reunited with. May eternity provide the joy that has been missing in the later years of life.

Eudora will be laid to rest at a private graveside under the direction of Broussard’s, 1605 North Major Drive, Beaumont. 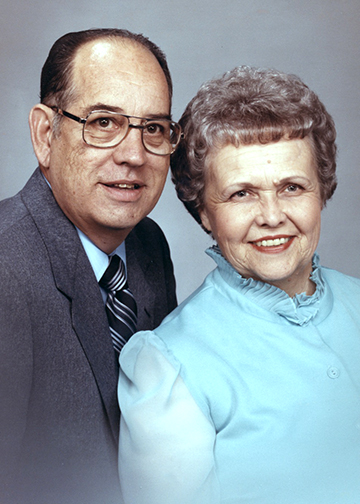 Aunt Eudora had such a warm Christian spirit. Always made u feel she opened her heart to you. Loved hearing her stories.

Karen, so sorry for the loss of your mom. James and I send our condolences.

She was one of the sweetest people ever and always so interesting to talk to. I have so many special memories going back to high school!!

Dear cousins Wade and Karen. I am so sorry for your (and our) loss. Aunt Eudora was always so much fun. She was the last of that generation of the Gilcrease family. In her 96 years she witnessed so many events and milestones. May she Rest In Peace.