Eugene R. Allen, Sr., 95, of Lumberton, passed away Monday, October 10, 2022. He was born in Beaumont on June 30, 1927, to Inez Brown Allen and Reccie E. Allen. Gene and Dorothy married in 1948 on the Jefferson Theater stage, and they were married just shy of 70 years before she passed away. They had 4 children together. He was one of the founders of Allco Construction which he continued to be a part for 37 years. He was a driven and thoughtful man who will be greatly missed.

He is preceded in death by his parents; wife, Dorothy Nell Allen; daughter, Linda Shirey; and brother, Cecil Wray Allen.

In lieu of flowers, memorial contributions may be made to one of your favorite organizations. 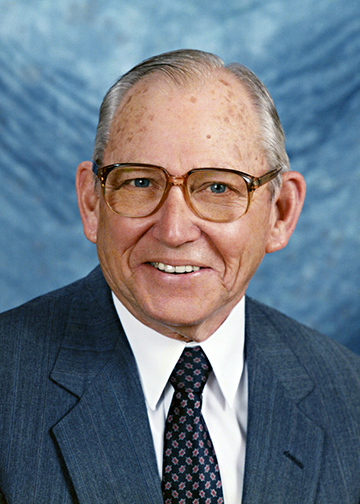 I met Gene at Bella Company, when I worked for my dad, at Air Comfort, and then he started ALLCO, Gene was always a good man, great in his business. Will be missed.

Gene Allen was a great gentleman.He loved people,great contruction work,good personality,honest and kind.I had the honor of cutting his hair for 55 years.He will be missed by me and our community.God bless such a great man and his family. sincerely, Gary and Darlene Hall

Sorry to hear of Gene’s passing. Met Gene when he was with Bella Co. Worked with him on many projects over the years. One of the best Construction Minds I have ever known. He was a kind, honorable and considerate man. Rest In Peace My Friend, Welcome Home.
Lord, I pray you grant the Allen family peace and comfort during this time of sorrow and always. In Jesus’s name I pray ….. Amen and Amen

My condolences to Gene’s family. I had the priviledge of working with Gene for over 40 years, starting when he was with BellaCo and continuing with many years at Allco. Gene was a great guy to work with. As an engineer and he a contractor, we were never cross with each other and if an issue arose, we worked it out. I am sorry I will miss the visitation as I’m out of town. Goodbye dear friend, RIP Gene, I will always remember your good sprits and kind sole.

Worked with Mr. Gene on many projects over the years. His knowledge and passion will be missed.