Floyd was the youngest of four sons. He began working at Sears & Roebuck at the age of 16. He attended Lee College and in 1953 he was drafted into the military.

Floyd served our county in the United States Army’s 246th field artillery battalion. He returned home in 1955 and in 1957 he married Juanita, his wife of sixty-five years. They moved to Nederland in 1960 and had two sons, Mitchell and Greg. Floyd was transferred to the Sears & Roebuck in Port Arthur, where he worked for a while before going to work for Sabine Towing and Transportation, where he retired after twenty-eight years of service.

Floyd was a loyal servant of First United Methodist Church, Nederland where he enjoyed playing dominos and cards with a group who call themselves, “The Golden Friends”. He also enjoyed working the church’s potato booth for the Nederland Heritage Festival.

Floyd and Juanita enjoyed traveling in their motorhome and square dancing with their Allemanders group. He loved woodworking and hunting with his friends.

Floyd would regularly exercise at Exygon in Nederland. We think he mostly drank coffee and visited with friends. He had a great sense of humor. He loved to agitate people, especially telemarketers that called to solicit. They would hang up regretting they had ever called him.

Floyd was a great father whom both his sons could rely on for help and advice. He was there to lend a helping hand with a home project or auto repairs. He excelled at being a grandpa. His grandkids enjoyed sitting around the table and hearing the stories that built his character. He never missed any of their events and did everything he could to be at any sports game or recital.

Floyd was a kind and beautiful soul that everyone loved and admired. He brought a lot of positivity to the world and will be missed by all.

He is preceded in death by his parents, Willie and Betty Macon; brothers, Wesley from Baytown; Alton from Baytown; and Willie “Cooter” of Victoria.

The family would like to extend their sincerest gratitude to all the caregivers, family, friends, neighbors, first responders, and all the many others who cared for Floyd during his time of need.

In lieu of flowers, memorial contributions in honor of Floyd may be made to the Alzheimer’s Association by visiting act.alz.org or via mail, 225 N. Michigan Avenue, Floror 17, Chicago, Illinois 60601 or to the Texas Children’s Hospital by visiting https://waystogive.texas or via mail, Texas Children’s Hospital, Office of Philanthropy, Suite 6226, P.O. Box 300630, Houston, Texas 77230-0630. 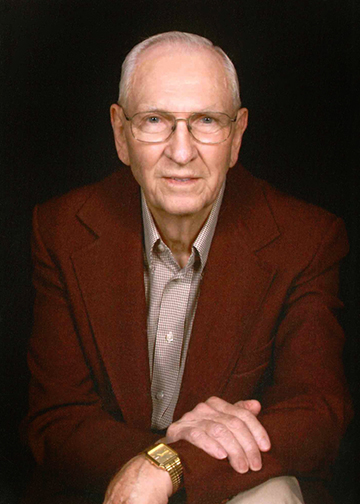 I’m so sorry for your loss. I had the pleasure of meeting your Dad at Exygon in Nederland. Heck of a guy. I enjoyed our times in talking with one another. I know you’ll miss him but he will live in your heart the rest of your lives! Having great parents is a blessing! I’m sorry I was out of town and couldn’t be there! Thoughts and prayers are with you during this difficult time! Sincerely, Mike

Please accept my condolences for the loss of your Dad.
These life transitions are so hard but we know he will always be with you in spirit.
Godspeed Mr. Macon.

Mitch and Greg, So sorry for your loss! Our condolences & prayers to the family!

Alton & Nancy,
Thanks for your prayers

Greg and Mitchell,
We are deeply saddened by your loss and wish we could be at your side at this period of grief. We are proud to have the honor of knowing Floyd and for those values he stood for. Please stop and cherish his closeness, most important allow that sweet spirit to strengthen each member of your family in the days ahead. Our love. Pete & Linda

Thank you for your kind words about our father. I enjoyed our phone conversation.
Sincerely, Greg

Pete & Linda,
I enjoyed our phone conversation. Thank you for your kind words.
Sincerely, Greg

Hello Mitch and Greg
I am so sorry for the loss of your father.
You and your families are in my prayers and thoughts in this time of grief.

Thanks, Chris for the condolences and prayers

Sorry for your loss. My dad died 2 years ago and I think of him often

Bruce,
Thanks for your conferences.

Mitch & Greg, I am sorry to hear of your fathers passing. You are both in my thoughts and prayers.

Thank you, Gary for your condolences. Floyd was a very sweet and special person and will be greatly missed.