Gabriel Curnes “Curnie” Stansbury, 87, of Fannett, passed away peacefully in his daughter’s home, the early morning of October 21, 2021.

Born on April 12, 1934, to Ella Quibedeaux and Norwood Stansbury. Curnie lived his entire life in the Fannett and Labelle area.

Curnie was a devoted Husband, Father, Grandfather, Great-Grandfather, Uncle and Loyal friend. He was described by many as the Energizer Bunny. He could always be found out in his yard working in his garden, tractors, or anything else he could find to stay busy.

He graduated from Fannett High School and married the love of his life, Alzada Bertrand Stansbury on December 24, 1953. He worked several years at The Gulf Refinery before following his heart and becoming a Rice Farmer. He retired from farming in the early 90’s and spent time helping his son, Tommy, harvesting wheat while managing to get a little time in hunting and fishing.

In 2005 he became a member of the YMBL where he actively volunteered and served on various committees. He looked forward every year to doing the Milk show at the SE Texas State Fair. He loved seeing all the kids.

Recently he enjoyed his frequent trips to Beaumont or Mid County even if it were just to buy one screw, visiting and joking around with family and friends and sitting in his man cave (garage) and watching cars go by.  His final days were spent laughing and reminiscing with the many visitors who came by to brighten his day.

He was preceded in death by his wife of 67 years, Alzada; his parents, Brother, Bud Stansbury, and his wife Myrtis; sisters, Helen Roche and her husband, Buddy and Barbara “Bobbie” Keneson and her husband Pete; son-in-Law, Dennis Keene; grandson, Brandon Preston; and grand canine daughter, Maggie Keene. 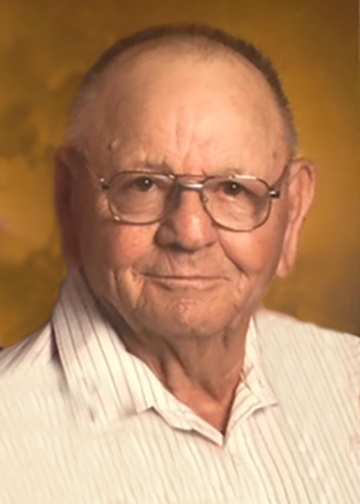 Gathering of Family and Friends to Follow His Rosary

Currie will be missed by his family and friends. Just knowing he is with his beloved Alzada brings a smile on my face!❤️🙏

Praying for all the family God’s peace and comfort. Will always remember his great sense of humor and dry wit.

Curnie was a wonderful husband, father and grandfather. He had a quick wit and loved to kid with and tease his Mother-in-Law, our Aunt Cora Mae Simmons.

He was a hard worker and provider for his family and was always willing to help anyone who was in need.

Up in Heaven he is reunited with Alzada and kidding Aunt Ora Mae once again.

God’s comfirt and blessings to his family!

So sorry for the family loss of Curnes Stansbury. May God bless you all.