Gail was the Director of Disaster Programs for the Disaster Services Corporation – Society of St Vincent de Paul of the United States and Regional Disaster Chair for the South-Central Region of St. Vincent de Paul. She also served as a representative on the Texas Voluntary Organizations Active in Disaster and a committee member of the Long-Term Recovery Committee of the National Voluntary Organizations Active in Disaster. She was appointed to the Task Force on Faith-Based Response which was created by the 86th Texas Legislature. Gail deployed all over the United States to help with disaster recovery from most of the major hurricanes and tornadoes in the last decade and numerous other manmade and natural disasters. She was a national figure in the disaster world known for her expertise of Disaster Case Management and Long-Term Recovery programs. Gail also revived the Society of St. Vincent de Paul in the Diocese of Beaumont, which had been dormant for over twenty years, and she formerly served as its Executive Director. She was a devout Catholic, long time Vincentian, member of the Drexel Society, witnessed her faith daily in her work, and had a heart as big as Texas. Gail received numerous accolades over the years for her outstanding work, but she always remained a humble servant leader. She often said that “God is the bus driver, I am just a passenger on the bus”. 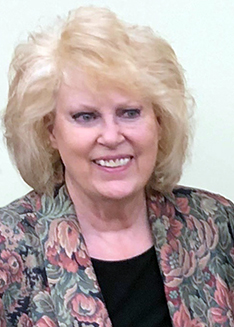 Gail will be missed by the many she has helped throughout the years. Her passion in life was to help those in need & was always thinking about ways to help. I will miss her smile & compassion for others. B. J. Hargraves

She's sitting at the right hand of God, in all her Glory. She's shed her earthly body with all the pain and is cloaked in his light. Fly high my friend,. I will miss you every day. Your wings were ready but my heart was not.

And now dear friend it is your time to rest. Thank you for all your contributions to disaster survivors across the country. May God grant you eternal peace.

Gail will be truly missed. Her sweet sweet spirit inspired me and everyone who knew her. My heartfelt condolences to Theressa and all of Gail's family and friends. Christ Peace to all.

So sorry to hear about Gail, such a wonderful and fun lady. We had a great time with she and Carl and our golfing group at the Port Arthur Country Club. We all took golf trips together and had a ball. She and her smile and laughter will surely be missed by all who knew her. May God bless she and her family.

Gail was always so warm and friendly. Our thoughts and prayers for the family during their time of sorrow. Sincerely, Suzie and Kenny Ortego

Gail was such a beautiful woman in many aspects ....outwardly, inwardly, and spiritually! To know her was to know the love of God. She will be greatly missed by all that knew her. Our sincerest condolences to the family and friends of Gail! We will be praying for all.

Gail was a true Texas woman, with a strong commitment to her family and friends. Her passion to help others was an inspiration. She was an extraordinary woman who left a remarkable legacy. She will be missed greatly.

Gail dear fellow Vincentian and friend., You have seen Jesus in the faces of so many disaster victims throughout the years. Now you see him in all His glory. We believe the Lord was happy to see you enter a new life. Eternal peace be granted to you. You will be missed. Dick and iIrene Reimbold

My dear sweet friend my heart is so heavy to know that there will be no more silly memes and cold beer on the back patio. Your were such a warrior to those who’s lives you served. So humble to those that you loved. I will miss so so much. I love you ?

In Sympathy - In this difficult time, may peace and love surround you. From: The National Drexel Society, Incorporation - National President, Mary Reescano

THERESA AND FAMILYY , SO VERY SORRY FOR YOUR LOSS, MY THOUGHTS AND PRAYERS ARE WITH YOU ALL

Theresa, I am so sorry to hear of your mother’s passing. After reading many of her friend’s comments, it is obvious that she was a person of many important accomplishments. and friendships. You have much to be proud of in celebrating her life. I am sorry that I did not get to know her as so many of her friends who have recognized her. Please know that my thoughts and prayers are with you now.

To the family, you have my deepest condolences, Gail was a jewel and she will be missed., 2016 DCM in Shreveport/Natchitoches area. God has gained another angel.