Gary Curtis Ferguson, 65, a resident and native of Port Arthur, died March 12, 2020. He was born May 4, 1954, to Margie Ruth Greer Ferguson and Curtis Lee Ferguson. Gary enjoyed anytime spent outdoors, but he especially loved horseback riding, hunting, and fishing with his son and friends.

Survivors include his son, Garon Ferguson, of Port Arthur; brother, Larry Ferguson and his wife, Maryann, of Sterling, Massachusetts; sister, Stacy Timmons and her husband, J.T., of Fannett; and grandchildren, Taron and Nash Ferguson.

He is preceded in death by his parents and lifelong friend, Cecil Hardin. 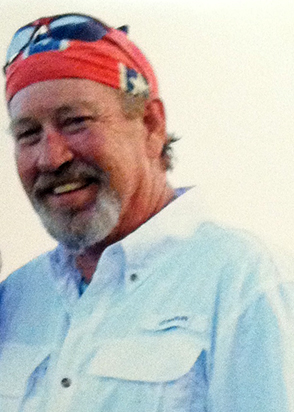 I knew Gary from the Turner,Hardin family reunions. Gary was always there with his best friend Cecil Hardin. A very easy going happy go lucky person and will be missed for sure. My deepest sympathy to the family.

He was like a brother to all us Hardinâ€™s! Wonderful sweet easy-going guy! Rest In Peace dear Gary! â¤ï¸