Gary graduated from Pauls Valley High School in 1962. During college at East Central State college in Ada, Oklahoma, he met and married his sweetheart. He graduated with a bachelor’s degree in Education.

He then joined the Marine Corps for two years. He was stationed in Quantico, Virginia. While in the Marines he received a Good Conduct Medal and a National Defense Medal. After Discharge, he taught Math and Physics, and coached football in Kansas and Oklahoma for five years.

A career change led him to the oil field industry. He started working for Western Wireline in Lindsay, Oklahoma and then transferred to Hobbs, New Mexico, Levelland, Texas, and Andrews, Texas. In Andrews he became a drilling superintendent for Exxon and drilled many wells across Texas, Oklahoma, New Mexico, Oregon, Wyoming and offshore Louisiana. He also did international drilling in the North Sea, Norway, West Africa, and Russia’s Sakhalin Island.

He retired from Exxon in 2001 and started his own company, Tadpole Consulting, Inc. where he continued to work as a consultant.

After retiring from his own company, he moved to Sour Lake, Texas to be closer to his children. Gary was a very caring and generous person and took pride in being able to help people during times of financial need. He also loved to share his knowledge and counsel anyone who would listen on the importance of education and investing. He also was a “softy” when it came to animals. He would take in any stray cat or dog that he found. His excuse to Glenda was, “This animal is so ugly that we have to keep it because no one else would want it.” We also think he loved cats so much because he too, had 9 lives.

In his free time, Gary enjoyed woodworking. It has been said that if wood paneling was still in style, he would have had it in every room. He was also known for his ability to work like a horse. On home projects it was not uncommon for him to work 24 hours a day without rest. I’m sure neighbors might not have appreciated the middle of the night hammering on the roof, but he had a “work till it’s done” attitude.

His pride and joy were his children and his grandchildren. He was so proud of them. At the time of his death, he and his wife had been married for 57 years.

Memorial contributions may be made to Humane Society of Southeast Texas, P.O. Box 1629, Beaumont, Texas 77704. 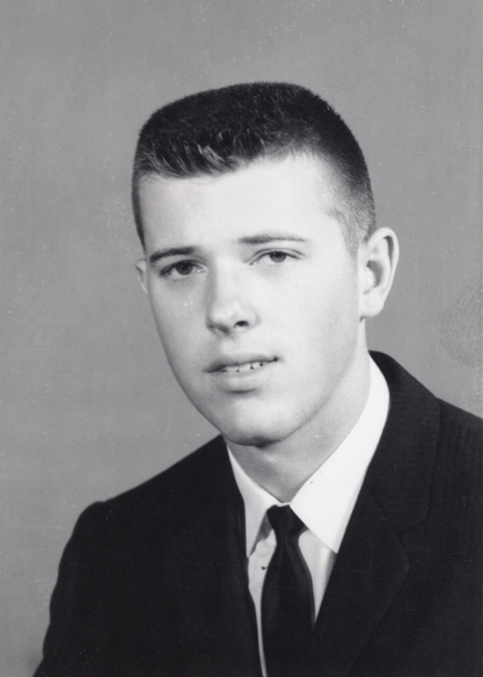 Miss Glenda I am so sorry to hear of Gary’s passing. My prayers and love are with you, Jeff, Melinda, and all the rest of your family! Hugs.

Gary was always caring and would help in any way to make you better.

I was a classmate of Gary in Pauls Valley, Oklahoma. Gary was one of the really good guys. Very intelligent. I am not surprised that this life was one of success. I regret not being being able to visit with Gary after high school in 1962. Condolences to his family. I know you will miss Gary immensely.