Gary grew up in a loving home in Beaumont and played baseball as a youth, spending summers at the family farm in Deridder, Louisiana.  He graduated from French High School in 1975, studied at Lamar University, where he earned his bachelor’s degree in Industrial Engineering.  For several years, he worked as a Project Engineer for Halliburton in Beaumont and later transferred to Katy.

He coached little league, was involved in Boy Scouts, and was a role model of hard work for these boys.  In addition to his career, he devoted much of his energy over many decades to maintaining his grandfather’s farm, which was a very special place for him.

Gary was a huge fan of LSU football and baseball, never missing a game!  During football season, all plans were made surrounding the football games schedule and he could be found on the couch coaching the team along with much enthusiasm.

In the last several years he worked for the Army Corp of Engineers at Fort Polk, Louisiana, and recently transferred to Port Arthur in 2021 after marrying Tanya, his fellow classmate from 7th grade and throughout high school.  They had only three years together, which was so short, but filled with great love and joy, spending time together, doing the things they loved while raising two of Tanya’s grandsons.  Gary was devoted to Tanya and these two boys, getting them to soccer practice, attending all their games, helping them with homework, and distilling in them a very good work ethic. 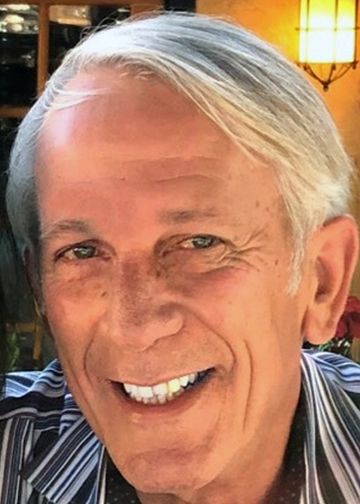 Our deepest condolences to all of the Steward family and extended family in your loss of Gary. Peace be with you all during this sorrowful time.

Sorry for your loss. Prayers for the family.

Tanya. My heart breaks with yours for your great losses. May God ease your pain. Much love.

Dear Tanya,
There are truly no words and I was heartbroken when I heard this. You and your family are in my thoughts and prayers at this most difficult time. God will give you the strength and love that you need to help you through this sad time. Keep the faith and God Bless.

So very sorry to hear of Gary’s passing. We enjoyed many good times back in the day…grilling, crabbing, lots of laughs and friendship. Our thoughts and prayers are with his family at this difficult time. Rest In Peace, friend.

Our sincere sympathy to Tanya and Gary’s family for this unexpected and sudden loss. Our hearts are hurting for you all as you get through this difficult time. I’m sorry we do not live close enough but know we have you in our prayers. May he rest in peace till you are with him again. Love and prayers from The Moore’s in Anderson, SC.