Gene graduated from St. Anthony High School.  He joined the United States Air Force and served during the Korean War. He also served as a fireman for the City of Beaumont in the 1960s.  He later became a proud union Sheet Metal Worker. He was a hard-working man who loved is family and the great state of Texas.

He was preceded in death by his parents and siblings, Sister Amelia Akers, Bill Akers, Paulina Rizzato, and Jim Akers. 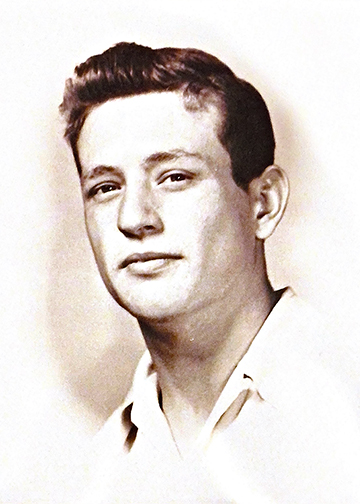 Sincere sympathies. My dad, Henry, was the brother of Amelia. Years have gone by and we haven’t stayed in touch. Peace be with all of you.

My sympathy and prayers go out to Mike Akers and the entire Akers family. You will all be in my thoughts and prayers. May God bless.

Geneva, Michael, Michele, and Steven, We are so sorry to hear of Gene’s passing. Our friendship goes back almost 50 years. Gene and Geneva were our first neighbors we met in our neighborhood on Moses Dr. in Beaumont. We have so many good memories of watching Michael, Michele and Steven grow-up with our daughter. Gene will be missed by all who knew him. Please know that you and your family are in our thoughts and prayers.
Gerald and Pam

My sincerest condolences to all of the Aker’s family.
We feel blessed to have known and enjoyed Gene.
Always appreciated the way he cared for his family, especially Austin.

Sympathy and prayers for the family. He was my Mother’s, Emma Laskoskie King, first cousin. May he rest peacefully in the arms of Jesus and perpetual light shine upon him.

Sympathy and prayers for Mike Akers and the Akers family.

Geneva, I regret your loss. Eugene was a kind, friendly friend for many years.