Gene Bordeman, 58, of Beaumont, died Thursday, January 27, 2022. He was born on September 2, 1963, to JoAnn Weidel Bordeman and Charles Wayne Bordeman, in Waco, and was a United States Army veteran. Gene enjoyed reading, military history, fishing, and painting. He was a proud Eagle Scout, member of the FFA, and an avid outdoorsman who could always make you laugh. Gene owned G&M Truck Service and worked in numerous trades. He loved his animals with all his heart, and he adopted anyone he could help.

He is preceded in death by his father-in-law, Jerry Brister.

A gathering of Mr. Bordeman’s family and friends will begin at 12:00 p.m. with his funeral service to follow at 3:00 p.m., Thursday, February 3, 2022, at Broussard’s, 1605 North Major Drive, Beaumont. His interment will follow at Magnolia Cemetery, Beaumont.

Memorial contributions may be made to the Wounded Warrior Project, 4899 Belfort Road Suite 300, Jacksonville, Florida 32256. 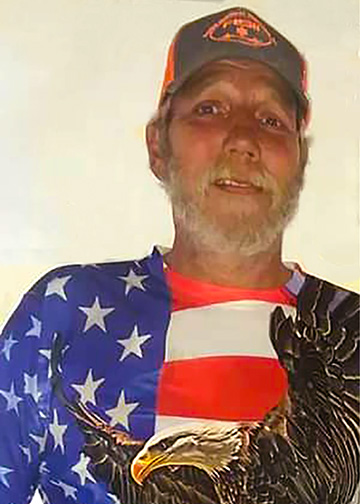 Gene will surly be missed. Prayers going out to the family.

all our prayers to all of the family. May God give you peace and comfort during this time.

Sandra we are so very sorry about his passing!! We live not far from y’all and he panted a relatives house for us. Our thoughts and prayers are with you and your family.

Sandra Bordeman I am sorry for your loss mom I know how much yall loved an cherished eachother an learning from yall I figured it out thank you sandra for everything and I’ll be with you as dad wanted til the end. GENE BORDEMAN DAD NOTHING BUT RESPECT 🙏 I AM SO PROUD OF YOU BEING MY FATHER I GOT TO MEET SO MANY DIFFERENT KINDS OF PEOPLE AN DIDN’T MATTER TO YOU AT ALL WHAT THEY WERE GOING THRU OR DONE WRONG YOU SHOWED THWM HOW TO DO RIGHT AN 4 THAT IAM THANKFUL BEST DAD EVER 4 SURE AN AS I PROMISED ILL TAKE CARE OF MOM WITH QLL MY STRENGTH AN HEART AS YOU WOULD RIP 🙏 LOVE U YOU COULD NEVER BE FORGOTTEN WITH THE IMPRINT YOU LEFT ❤

JoAnn and Charlie, so sorry to hear of the passing of Gene. Prayers for your family dear friends.

I’m so sorry for your loss. My prayers to and your family
Debbie Brown

God bless u all.

Prayers for the Boderman family.

My heart hurts so badly for you. Please know you are in our thoughts and prayers. May God hold you softly in His love.

So sorry to hear of your loss of your son, Gene. Thoughts and prayers for all the family.

JoAnn and Charlie sorry to hear about the passing of Gene. Prayers for you both and your family .
Sandy and Bill Griffin

“I am at a loss for words. I know there is nothing for me to say that will make your loss easier but know that I am sending you my love and support. I hope you can understand what I can’t put into words.”
“Love knows no boundaries.
His spirit is always around us. My deepest condolences.”
Tina Wright, April, & the Whole Family
Peace Be with you All.

So sorry for the loss of Gene. My sympathies to the family.

So very sorry many prayers for the family

My heart grieves for you and the family on the death of your son Gene.

Condolences for the loss of your son, Charlie and JoAnn. Prayers for the whole family.

So sorry to hear of Gene’s passing. Prayers to Charlie & JoAnn & family during this sad time!

I’m deeply sorry your family is experiencing the pain of a loss like this. My heart and prayers go out to the Bordeman family.

Condolences to Charlie, JoAnn and family for their loss.

Mike: Sorry to hear about Gene ,my prayers are with the Bordeman family.

OH, Charlie and JoAnn, I am so sorry to hear this. Lots of memories from many years back of Gene. He always “helped” me do my laundry. He could be so mischievous. I understand he turned into a good man. He was so blessed to have such a wonderful family. My condolences to all of you!!!