Glenna Gibson, (90) of Beaumont, went home to be with her Lord and Savior, Jesus Christ on Tuesday, October 19th, 2021, at Rosemary House in Beaumont. She was born on February 21st, 1931, to Virginia Josephine Dillard Lambert and Reuben Wayne Lambert, in Bonnerdale, Arkansas. She graduated from Jefferson Academy in Jefferson, TX in 1948. In September of 1948, she went to Madison College in Madison, Tennessee. After a year at Madison, she started work as a nurse’s aide at Rutherford County Hospital in Murfreesboro, Tennessee. In September of 1950, she started nursing school at Nashville General Hospital School of Nursing, Vanderbilt University and graduated in 1953 at the top of her class! Following graduation she attended graduate school and taught medical & surgical nursing as well as serving as the school nurse!

While in nursing school, a classmate introduced Glenna to a good friend of her husband’s named Weldon. He was stationed in Germany at the time, serving in the Korean War. They exchanged letters for a year and a half until her birthday in 1953 when Weldon rode a milk train from Birmingham to Nashville to meet Glenna for the first time! They were married on August 27th, 1954 at the George W. Truett Memorial Hospital Chapel. From 1954 to 1958, she worked as a PRN at Baylor University Hospital in Dallas. Their first son was born in June of 1955 and their second soon after in April 1957. After a brief stint as a pediatric nurse in North Little Rock, Arkansas, she moved to private duty nursing. From 1959 to 1977 she worked in Little Rock, Tulsa & Dallas through professional nursing bureaus for doctors whose patients required special care and developed equally special relationships. In the summer of 1977, Glenna & Weldon (and eventually both sons) moved to Beaumont when he accepted the position of Executive Director of the Beaumont Chamber of Commerce. From 1979 to 1990 she worked as an Occupational Health Nurse at American Valve & Hydrant Manufacturing Co. until they closed the foundry. Then from 1991 to 2002 she worked at Baptist Hospital as a Risk Management Liaison, Employee Health Nurse, a Worker’s Comp. Coordinator and also in the Surgery Department. After more than 53 years in the nursing profession, she retired in April of 2002.

She is preceded in death by her husband, Weldon T. Gibson; sister, Bonnie Lee Tranthan; and her parents.

The family would like to thank the staff both at Rosemary House and Best Hospice Care of Texas for their exceptional care of Glenna during her final weeks on this earth. 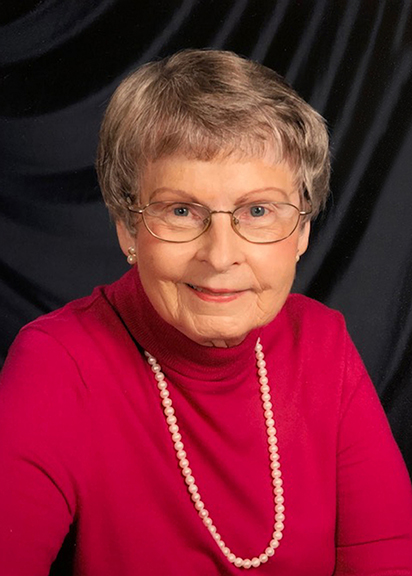 I worked with Glenna for several years at American Valve. She was always the professional and had compassion for her fellow coworkers when they had any medical issues. It was a privilege to know this lady. My condolences to her family.

Glenna was a very sweet lady. I always enjoyed visiting with her when we had Just Girl’s get to gathers. Condolences for her family.

Glenna was a special person having worked w/her at American Valve for many years. Always a no nonsense person that had no hesitation in letting you know how she felt. Always admired Glenna for her knowledge and care for others. She loved her family and Weldon, now at peace with him again. Prayers for you, the family and so many others that loved her. God bless all of you in this difficult time.