Gustavo graduated from Colombia’s National University Medical School in 1954. He came to the United States in 1956 with his wife, Cecilia Perea. He did his Internships at Ohio State University, NYU Jewish Kings Hospital & Johns Hopkins University, with specialty interests in Pathology, Neonatology and Pediatric Cardiology.   In 1961 he returned to Bogota, Colombia, with his wife, and then 3 children to practice Pediatrics. In 1968 he moved with his wife, and now 5 children permanently to the United States to Birmingham, Alabama. He had a teaching position and clinical research fellowship at the University of Alabama, School of Medicine.

In 1970, the family moved to Tulsa, Oklahoma where he became one of the first Neonatologists in the city and the first Neonatologist out of Colombia. He was Clinical Associate Professor of Pediatrics at the University of Oklahoma. From 1976-1978 Gustavo was an Associate Professor of Pediatrics at the University of Virginia Medical School in Roanoke, where he established the Neonatal Care Unit. In 1978 he relocated to Beaumont, Texas, where he was Neonatal Director at Baptist until the Neonatal Program moved to St. Elizabeth Hospital, where he worked side by side with Dr. Bharathi.

Gustavo, was a pioneer in Neonatal Medicine and one of the founders of Santa Fe Foundation of Bogota, one of the top four Hospitals in Latin America.

Gustavo was a Physician first and foremost. He dedicated his life to the pursuit of knowledge and helping others during his medical career, caring for the most vulnerable of premature babies, comforting the often scared “mamas”, as he affectionately called them. Even after his retirement at 80 years of age, he continued to do pro-bono work at the free clinic, doing well-checks for infants.

Gustavo made an indelible mark on all who knew or met him, with his kindness, humor and intelligence. He was a loving and caring father. He was adored and respected by his children, grandchildren and his loving extended family.

He was preceded in death by his parents, Belisaro & Herma Lugo, his sisters, Olga, Cecilia, and Elsa, who died at 6 years of age. He is survived by his wife Cecilia, his five children, Gustavo A. Lugo Jr, M.D. (Mary Anne Fuchs-Lugo, M.D.), Alberto Lugo (Danielle), Fernanda Fisher (Bill), Claudia Sweeney, and Maria Pfeifer (Patrick) his grandchildren, Andrew and Elena Lugo, Jacqueline and Natalie Lugo, Sophia and Cecilia Fisher, Brandon and Alexandra Sweeney and Isabella and Nick Pfeifer. His sister, Aura Gomez and brother, Fabio Lugo (Maria).

In lieu of flowers memorial contributions can be made to St. Jude’s Children’s Hospital, 501 St. Jude Place, Memphis, Tennessee 38105 as he made his life’s work helping children.

The family would like to give special thanks to Kindred Hospice, his loving caregivers, and his dear friend, Elsie Opolentisima, who was a blessing to him and our family.

A memorial service for Dr. Gustavo Adolfo Lugo will be held at a later date under the direction of Broussard’s, 1605 North Major Drive, Beaumont. 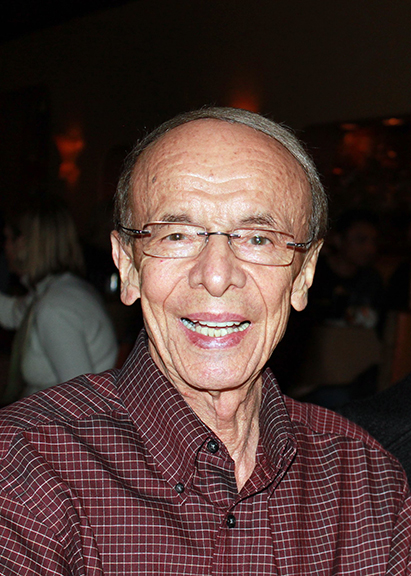 We are so sadden of the news of the passing of you Pappi. I had the pleasure of meeting him at a Fisher function several years ago and so enjoyed our conversation. He was a kind and gentle man and seemed to be a pillar of strength. I know he was loved by his children and grand children and will be dearly missed. May he Rest In Peace and you all find solace in knowing he has returned to his maker and can rest once more. God love you all. The Waldons

I am so sorry for your loss My condolences

I have fond memories of working with Dr. Lugo in the NICU at Women's and Children's Hospital in the early 1980's. He cared so much for our babies, and he taught me many things during our time there. I wish you peace and comfort in your sorrow, you have my prayers and deepest condolences.

Dear Lugo Family, We are so sorry to hear about the loss of your Dad. I know he must have been so proud of each one of you. May all of your memories of him be a comfort to you during this time. I have such great memories of knowing your wonderful family as we grew up together in our cul-d-sac in Tulsa. We have and will continuing praying for all of you. Blessings, Jim and Belinda Miller

Dr. Lugo was a special doctor at St. Elizabeth whom I was fortunate to work with for a number of years. He made daily rounds on a patient I had the privilege of caring for in PICU and I can still hear his voice as he would enter the room, â€˜My friend, my friend, How are you doing today?â€ He would say. I also remember a time I was pulled to work Neonatal and I noticed a baby acting a little differently and when he came for rounds he immediately knew what it the problem was. He had a brilliant mind.

So sorry for the Lugoâ€™ Families loss. Iâ€™ve known Dr.Lugo since he came to Beaumont at Womenâ€™s & Childrenâ€™s Hospital where I worked. He took care of my then 2 year old because our pediatrician was out of town and she was so ill that I called and ask him for help. He admitted her to the hospital and with his vast knowledge & friends he could reach out to they finally figured out she had Kawasaki Disease, we were blessed to have him on our side. A few years later when I finished nursing school I worked along side of him at St.Elizabeth in the NICU. He was a kind man & caring physician and I learned a lot from him. Bless you Dr.Lugo & Rest In Peace. Vicky, Alex, Jennifer & Brandi Gongora & family

My condolences to Dr Lugos family. Dr Lugo took care of both of my children at st elizabeth nicu unit.

A wonderful doctor who worked diligently to save our preemie, so selfless and humble he made the world a better place . I am forever indebted 12/95

I will never forget Dr. Lugo. He and I saw miracles together. He was a wonderful mentor and was the physician at my first professional nursing assignment when I was 22. God bless him and his surviving family members. Much love to all of you.

We are saddened to hear of Dr. Lugoâ€™s passing. We are forever grateful to him for caring for our son in the NICU at St. Elizabeth 26 years ago. We would see him often at Jasonâ€™s Deli and he always had time to speak to us as he marveled at how big and strong our son had grown. May Dr. Lugo Rest In Peace and his family be comforted by their many happy memories.

My condolences to Alberto and his family on the loss of his father. You are in my prayers.

So sorry to hear about your dad. He did great things and you should be very proud.

I am so saddened to hear of Gus's death. I had the opportunity to work with him at Alabama and came to know him well as a superlative, caring physician as well as a warm, generous family man with a sparkling sense of humour. I treasure the days and weeks spent with him caring for critically ill newborns. A particularly viivid memory, however, is when he adopted a puppy from an unexpected litter my dog 'Sandy' delivered. The joy on the faces of my sons when they realized that the pup would go to Gus, Cecelia, and their wonderful children is a memory embeded forever in my mind. What a wonderful life you lived Gus . An how many lives you gave to others. I miss you very much . . . George Cassady, M.D.