Harold M. Eisen, 89, a near-lifelong resident of Beaumont, Texas, and until recently, a resident of Houston, Texas, died Saturday, July 9, 2022, in his home.

Harold was truly a refined gentleman — courteous, honorable, who treated others as they wished to be treated.  He was an inspiration to many and admired by all who knew him. He was kind, respectful, and intelligent, with the warmest smile, handshake, and laugh.  Harold was a mensch in life and in his company, Sampson Steel. Vendors and customers loved doing business with him, and vice versa. He was very active in the community, serving on many boards and in leadership positions at several Jewish organizations. Harold was a wonderful husband, enjoying a long and beautiful marriage of 52 years with his wife Jayne, whom he lost in 2008. Harold was very involved with his children and grandchildren, supporting them in all their endeavors. He had a tremendous love for his family, which always came first. A few years after Jayne passed, he met his second love, Barbara Golub.  They enjoyed 11 years and much joy and happiness together. In Houston, he appreciated his many new and old friends and how they welcomed him so graciously.

Harold graduated in 1955 with a BBA from The University of Texas at Austin, where he met Jayne Myers.  They were married later that year.  After graduating, Harold joined the U.S. Army, serving in Germany, then he and Jayne moved back to Beaumont in1957, where he worked in the family business, Sampson Steel Corp. A member of the Steel Service Center Institute for 27 years, Harold served in many leadership positions.  He was very involved with Temple Emanuel, and serving as President of Brotherhood. He also served as Temple Emanuel Board Member, Treasurer, and congregational President.  Harold also served as Chairman of the Beaumont United Jewish Appeal Campaign.  He had a passion for music, and loved the Symphony of Southeast Texas, where he served on the Board of Directors.  He also served on many other Boards of Directors including banks, Metropolitan YMCA, Southeast Texas, Inc., Beaumont Heritage Society, Beaumont Visitors & Convention Bureau, and Beaumont Chamber of Commerce.

The funeral service, conducted by Rabbi Matt Michaels, will be at 10:30 a.m., Wednesday, July 13, 2022, at Temple Emanuel, 1120 Broadway, Beaumont, with burial to follow at Hebrew Rest under the direction of Broussard’s, 2000 McFaddin Avenue, Beaumont.  A separate service may be held in Houston, time and place to be determined.

You may view the services via Zoom with the following: 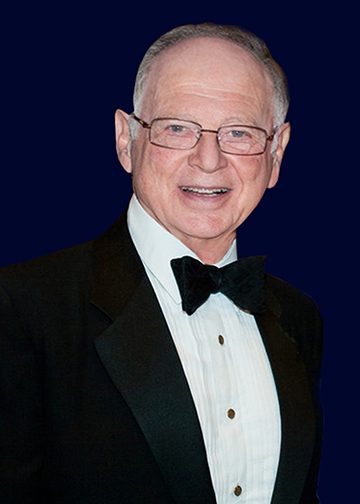 My wife, Pat Anderson, now deceased, and I first met and knew Harold and Jayne at April Sound, where we enjoyed gatherings with many Beaumont friends in the late 70’s and 80’s. We met again in Houston last year with his dear friend Barbara Golub, at a 4 Leaf Towers event. He was always such a gentleman . My deepest sympathies to the Eisen family.

We are so very sorry to hear of your family’s loss. Our deepest sympathy to the Eisen family. Peace be with you.