Helen grew up in Nebraska and her family moved to Omaha at an early age. She attended Catholic Diocese schools and graduated from Cathedral High School in 1950. On February 4, 1961 she married Eugene Malick of Nashville, Illinois. Helen and husband Gene, as he was known, lived in Omaha where she worked for United Airlines before becoming a homemaker and having son Greg born October 20, 1962.

Gene’s work moved the couple to Lafayette, Louisiana where their daughter Maria was born February 29, 1964 — Gene and Maria shared the distinction of both having Leap Year birthdays. The couple and children then moved in 1967 to Southeast Texas, living in Pinewood, and where they had son Stephan born January 16, 1969. All the children attended and graduated from Hardin-Jefferson schools.

She loved to garden and cook and enjoyed entertaining friends, family and children at their home in Pinewood. She was known for savoring a warm cup of black coffee (or nice scotch) with family and friends and reading and discussing current news, historical events and crossword puzzles. Helen was a woman devoted to her Catholic faith and attended Our Lady of Victory in Sour Lake for many years, and later, St. Anthony’s in Beaumont.

Helen’s children and grandchildren were her pride and joy. She loved spending time with her extended family and friends and especially cherished her time visiting with her seven grandchildren. The legacy of her kind and compassionate spirit will live on in them.

Helen was preceded in death by her husband Gene who passed away on June 26, 1979. Always an inspiration to her children, Helen raised Greg, Maria and Stephan while working in the banking industry for First City Bank and later, Citizens Bank before retiring.

One of seven siblings, Helen is survived by her dear sister Jeanette Brown of St. Louis, Missouri and brother Joseph Van Ackeren of Kansas City, Kansas. She is preceded in death by her brothers Frederick and Maurice and sisters Marilyn and Barbara.

A private committal and interment by family will take place at Forest Lawn Cemetery in Beaumont, Texas under the direction of Broussard’s, 2000 McFaddin Avenue, Beaumont. 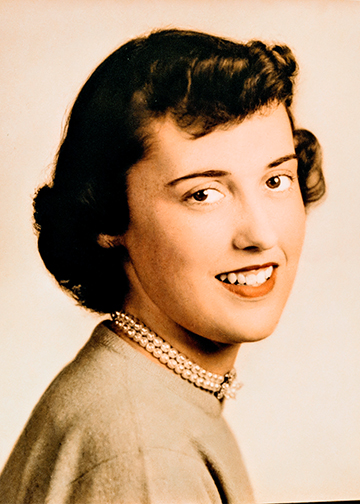 I worked with Helen at the bank for several years and then later we were both residents of Villas of Sunnyside in Beaumont. I loved her personality and it was a joy to know her and work with her. My sympathy to her family.

My heart and tons of love goes out to you and your family.

Stephan, Olivia and Elijah - so very sorry for your loss. I will keep you all in my prayers!!

I am so sorry for your loss. My prayers are with you and your family at this time.

So sorry for the loss of your sweet mother.

Maria and family. We are so sorry for your loss. I know how hard this has been on you, wanting to be with your Mom but not being able to , because of Covid, while she was at Summerplace. You were so devoted to her and her needs that I was in awe of all you did for her with a loving heart and never complaining., only expressing sorrow that you could not give her a hug. She is at peace and I hope and pray you find peace, knowing she is with your Dad and the Angels watching over you â¤ï¸ Here if you need anything

Maria, Randy, Jordan and Brian: I am so very sorry for the loss of Mrs. Helen! She was a beautiful, sweet woman! I loved my time with her. She loved all of your very much! Maria - you are an inspiration as you took wonderful care of your Mom. She will be missed by many! Hugs and Prayers for all of you!

Maria, your mother sounds like a warm, loving person....just like her daughter. I know you are going to miss her! We will be praying for comfort and peace for you and your family.

Mariea I am sorry. For your loss. I worked with Helen at the bank in Sour Lake. She was a sweet lady and joy to work with. Prayers for your. Family.

Maria, I am so sorry for your loss. I always remember how cool your Mom was when you had me over. We spent a lot of time together during 4th grade at each others hourses and your parents were always so social, friendly, and loving. I always felt comfortable, safe, and like part of the family every time I visited. I know they are now together again after all of this time and there is no suffering. May God provide comfort and peace to you and your family and keep all of your memories safe and sound. Love you and am here anytime you need anything. Your old friend Cindy.

Stephan, Olivia and Elijah - With sincere condolences. Helen was a lovely and kind lady, traits which she passed on to all of you. Sending my love and comfort in this difficult time.

Helen was a truly wonderful person. She will be missed terribly. Prayers for strength and peace.

Stephan, Iâ€™m so very sorry for your loss. Your words beautifully described a life well lived. Wishing you peace.

so sorry for your loss. mike cacioppo

Miss Helen was a lovely lady and I know she will be missed. Peace be with you all.

Greg, Maria, & Stephan my thoughts & prayers are with you all. Your mother was such a kind & sweet lady. I remember she always looked out for us kids when we lived in Pinewood

Maria I am so sorry for your loss. I know how much you loved your mother and the care that you graciously gave to her! Praying for healing, comfort, and strength. May you find peace in knowing you did all you could to make your mother happy and comfortable in her last years! Much love and hugs sent your way!