He graduated from Beaumont High in 1953, and attended Lamar College, in Beaumont, where he majored in Civil Engineering. He also served state side in the United States Army, from 1953-1955.

Henry retired from Gulf States Utilities, in 1991, as they merged into Entergy. After the merger, he worked three more years as a contract employee, for Entergy, in New Orleans, Louisiana. He worked beside Ricky Ponsaa to make the Data Processing Lgt. merger go smoothly. He worked early on while in college, in the GSU mail room, then the drafting department. When computers became a part pf GSU, he was sent to school in California to learn the technology of computers and became the manager of the Data Processing Department.

He wore many mats during his eighty-two years of life. One being that he owned and taught in a computer school; teaching the technologies of computers. His greatest love was designing, making and selling jewelry. He definitely had a knack for “gab” and selling what he loved.

Henry was known by many names; Hank, Hen, Jr., Bubba, Brother, Dad and Papa. He would answer to any one of them, loving them all. He made a great impact on many young lives by coaching and officiating in numerous baseball and football leagues which spanned over a thirty-year period. One of his greatest joys was being President of Amelia Baseball League for over five years, while second son, Kyle, coached fourth son, Ronny.

In 1955, Henry married Yvonne Brown Green and to this marriage two sons were born, Steven and Kyle Marino. These are two of his greatest accomplishments and the loves of his life. Then, in 1982, he married Sheila Winzer Marino and in this marriage, he gained two more sons, Wesley and Ronny. The merging of these two families has and still is very smooth, as he loved Wesley and Ronny as his own.

A very special thank-you goes out to Riceland Hospice and the nursing staff at Riceland Hospital. Also, a big thank-you to Danny Thompson, PA, who spent a lot of time and with much kindness explaining Henry’s illness.

Henry was preceded in death by his parents; granddaughter, Christen Nicole Marino. 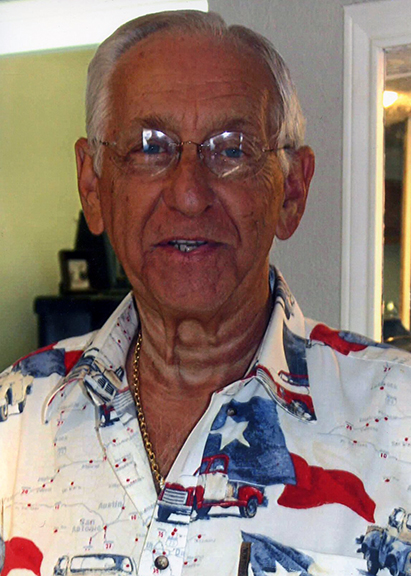 May you rest in the arms of Angles.

You are in our thoughts and prayers.

Steve, Jodie and I extend our deepest sympathies and heartfelt condolences to you and your family. May the love of family and friends comfort you during these difficult times.

My deepest condolences and prayers go out to you and your family during this period of mourning.

I am so sorry for your loss.

Sorry to hear about your loss my friend.

It was such a pleasure to have known such a great man as Henry. We are sending love and prayers for the whole family as you journey through this difficult time. May the many memories you made together comfort you and bring smiles to you in the days to come.

kyle, So sorry for the loss of your father. Didn’t find out until just recently. Thoughts and prayers go out to you and your family.