Herbert Lee Clubb, 91, of Hamshire, died Tuesday, December 29, 2020. Herbert Lee was born to Herbert and Lucy Schexsnaider Clubb on May 24, 1929, in Beaumont, Texas. He grew up in a simpler time, without the conveniences of electricity and indoor plumbing. He never lost his love for the beauty in the simple pleasures. He spent much of his youth fishing, hunting and working on the family farm and ranch with his parents and brothers. He was no stranger to homemade feedsack underwear. They often could only get out by boat or on horseback. They eventually moved to the home on Wilber Rd. that become the farm and ranch headquarters. MawMaw often swore her boys never fought, but they always laughed and said they were just smart enough to work out their differences in the barn.  He graduated from Hamshire New Holland ISD in 1947. In 1950, Herbert Lee joined the Air Force where he achieved the rank of Staff Sargent and taught airplane mechanics. Throughout his lifetime, his skills as a mechanic were known far and wide. Many came to him for mechanical advice during all hours of the day and night. Once, when Johnny Blaine was in Nashville and having truck problems, after many back and forth phone calls, he was able to talk him through and get him up and running. He was known to be able to build anything from what others considered junk. He was the first to put 4 -wheel drive in a combine, built a mean doodlebug and shared his knowledge with many, even discussing a persistent vehicle issue the last few days before his passing. Few knew, but in his younger days, he was also quite the dancer and could strum a tune or two on the guitar.

In 1955, he married Marie Kole and they were married until her passing in 1987. They had two daughters, Anna and Michele.

In 1989, he married Mary Anne Christ. Together, they became Gran and Paw Paw to grandkids and great-grandkids.

When he wasn’t using his mechanical skills on the farm, he was rice farming. He farmed in Mississippi, Louisiana and Texas. In 1993, along with his brothers and dad, he was honored as Texas Rice Festival pioneer farmers of the year. Although farming and ranching often left little time for days off, he loved to fish every chance he got. He had many fishing buddies through the years including Michele, the grandkids and his cousin and Godson Joey. He loved fishing trips to the beach with family as well. As much as he loved these things, nothing surpassed his love for God and family. He was a member of St. Louis Catholic Church since 1969 and was awarded the Lifetime Achievement Award in 2010. He was also a member of St. Vincent de Paul.

There are many stories, achievements and memories that could be shared about farming, family and friends but he will always be remembered for his willingness to talk with and help anyone, his kindness, and his love for his family and Mary Anne. He will be missed by many but his spirit will live on in the many lives he touched.

He is preceded in death by his parents; wife and the mother of his children, Marie Kole Clubb; and brother-in-law, Melvin Butts.

A Christian Vigil for Mr. Clubb will begin at 12:30 p.m., with his gathering of family and friends to follow until his Mass of Christian Burial is celebrated at 2:00 p.m. Monday, January 4, 2021, at St. Louis Catholic Church, 315 West Buccaneer Drive, Winnie. His interment will follow with full military honors at Fairview Cemetery, Winnie, under the direction of Broussard’s, 1605 North Major Drive, Beaumont. 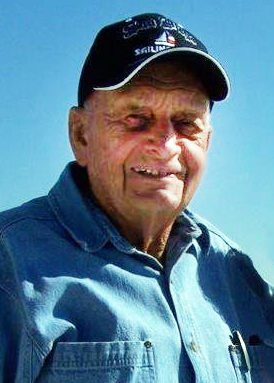 Sending prayers and deepest sympathy to our Clubb relatives

Our thoughts and prayers are with you all. Steve & Becky Gatewood

My condolences to the family he was such a great man. I will pray for the family to have strength through this tough time.

Weâ€™re so saddened to learn of Herbert Leeâ€™s passing. He was truly a fine man. Such a loss to the community. Peace be with you all in this time of sadness.

I am deeply sorry for his loved ones. Herbert Lee was a very kind man and a devoted Husband, father and grandfather. He will be missed.!!

This breaks my heart. Herbert Lee was a blessing to our office and everyone loved to see him come in. He will be terribly missed. Our prayers to his wonderful family.

Prayers are with the family. Such a nice man.

Prayers to all the Clubb family on Mr Herberts passing. Surely will be missed

I am deeply saddened at the loss of my lifelong friend! We shared many activities when we were raising our children. I will miss Herbert in church the most, I guess. Prayers go out to Mary Anne, Michelle and Anna and all the family!

Our deepest sympathy on your loss. We will all miss Hebert Lee. He was such a great man and friend.. Prayers for all during this sad time...

Praying for strength, peace, & comfort during this time of sorrow.

We that knew him and his family can be grateful for having him in our lives. Our thoughts and prayers to the Clubb family. Herbert Lee Club was my best friend.. His honesty, integrity and willingness to lend a hand or assist with his vast array of mechanical and ranching/farming knowledge was just one of many of his attributes.. He will be missed.

Sorry to hear the passing of Herbert Lee he was like a big brother to me and a good friend. He will be greatly missed my condolences goes to his wife and family.

Tim and Sandy Clay and Family

To say that Uncle Herbert was an influence on me and my family would be an understatement. When Sandy met him, she was immediately enamored with his wit and charm, and his easy going attitude. He was an engineer, doctor, mechanic, farmer, carpenter, chef, and anything else that he needed to be. He was a true maker of things that were tested on the road, in the air, on the water and in the fields. I cannot recall when he ever put himself above anyone else, but he had a true confidence in his abilities. As he could attest though, we never went fishing with Uncle Herbert, we went catchin'. Many of the best times of our lives were spent with him, and we will miss him dearly. He inspired so many people by his example and will be sorely missed by those he knew.

So sorry to hear about the passing of such a great man, Uncle Herbert Lee. Thoughts and prayers with yâ€™all!

Only knew him by phone through FSA business but could tell he was a wonderful person. I will miss talking to him.

Uncle Herbert Lee, my Uncle Herbert Lee How I do miss You. You had your own charm, a combination of many attributes, your honesty, your integrity... Respect seemed to follow you around, deservingly so. You never swayed from your lifestyle, it was kinda' like the early 50's; say the days of Timmy & Lassie. There was not anything that you did not know something about. There was not anything you could not fix or tell me how to fix. What I think I will miss most is going to your house, Mary Anne on her phone playing games & you and I could talk for hours...but, I can go to Sylvia & Harold's & Sylvia would be cooking and Harold & I could sit at the bar and talk for hours...so I guess it's me & a Clubb thing LOL. There will always be a bright star shining for the man who never judged and loved unconditionally. 'Puder'