Herman was born in Southwest Louisiana and lived there on a small farm until moving to Texas for the first time in 1946. He was drafted into the United States Army one week after Pearl Harbor, landed at Normandy, and fought his way through France, Belgium, and most of Germany before the end of World War II. Herman tried farming again briefly after the war, but eventually decided to join one of his older brothers in Texas to start a new life. He worked as an air-conditioner installer and repairman with the old Southern Union Gas Company for thirty years before being forced to retire because of his bad knees. Herman liked to joke that he had been retired longer than he worked at the job, something that really is possible when you pass your ninety-eighth birthday.

A gathering of Mr. Sattler’s family and friends will begin at 12:00 p.m., Friday, September 4, 2020, at Broussard’s, 505 North 12th Street, Nederland, with a Mass of Christian Burial to follow at 2:00 p.m., at St. Charles Borromeo Catholic Church, 211 Hardy Avenue, Nederland. His interment will follow at Oak Bluff Memorial Park, Port Neches.

Herman Sattler was one of the best men his friends and family will ever know, always an example to his two sons and to his grandchildren and great-grandchildren. We will miss him. 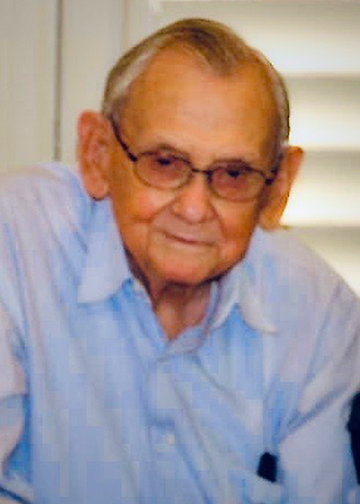 A person that departs from this earth never truly leaves, for they are still alive in our hearts, through us, they live on. My condolences. Jennifer

We extend our deepest condolences to your family. What a blessing to have your wonderful father for so many years. I know you will cherish the loving memories of him forever. Much Love and prayers Sam and Cheryl Our deep sympathy to Sheila and Carrie. I know you will miss your Papaw always.

I AM SO SORRY FOR YOUR LOSS. ALTHOUGH NOT WELL I HAVE KNOWN HERMAN FOR ALMOST 40 YEARS. SADLY THE WORLD LOST A GREAT MAN HEAVEN GAINED YET ANOTHER OF THE GREATEST GENERATION. I KNOW THAT HE WAS A GREAT FATHER, GRANDFATHER, AND GREAT GRANDFATHER. HE WILL LIVE ON IN THE HEARTS AND MINDS OF YOUR FAMILY AS WELL AS EVERYONE HE EVER MET, INCLUDING MYSELF.

What a dear gentleman wham I new at the Conservatory.