Homer “Bill” Lawless, 94, of Nederland, passed away September 10th, 2020, at Gulf Health Care Center, Port Arthur. He was born May 7, 1926, to Homer and Laura Laverne “Bernie” Merrill Lawless, in Mexia, Texas. He was a resident of the Mid County area since 1951. His beloved wife, Ada Lawless, preceded him in death after a marriage of sixty-three years. He was a World War II Veteran, a member of St. Charles Catholic Church, a generous giver to various charities, and bowled in several bowling leagues.

Memories of Bill and his great love for his family will remain in the hearts of his three children, Susanne Hayes and her husband, Patrick; Michael Lawless and his wife, Sandra; and Kenneth Lawless and his wife, Ruth; eight grandchildren; eight great-grandchildren; one great-great-grandchild; and many nieces, nephews, relatives, and friends. He will also be missed by many neighbors and friends in the local bowling community.

He is preceded in death by his parents, Homer and Laura Laverne “Bernie” Merrill Lawless; wife, Ada Martin Lawless; sisters, Zelda Lewis, Louise Hudnall, and Bea Archer; brothers, Tim Lawless, Weldon Lawless, and Bobby Lawless; and great-grandson, Monte Calamaco. He will be greatly missed by everyone who knew and loved him.

The family would like to give a special thank you to Rayma Smith with Altus Hospice and Gulf Health Care Center for the excellent care he was given.

In lieu of flowers, memorial contributions may be made to St. Jude Children’s Research Hospital, 501 St. Jude Place, Memphis, Tennessee 38105; or to a charity of your choice. 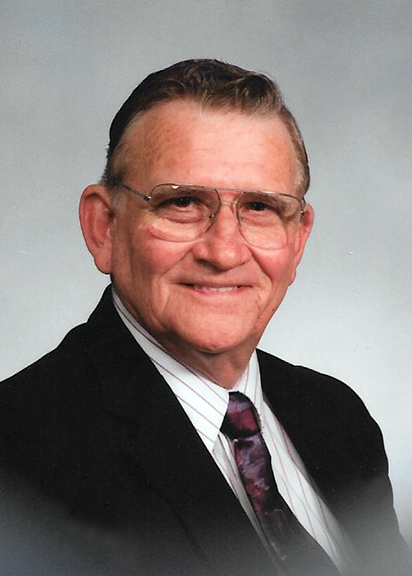 Uncle Bill you will be missed. I remember so many fun times in talks backyard boiling up crabs and Aunt Ada making her crab gumbo. Wonderful times. Love you. God bless

Came to know you thru Matt and Laura with their stories of your life. The memories you have left will keep warm the hearts of family and friends

Forever in my heart I made you and Aunt Ada gumbo a couple weeks ago it was so good. Thought if yâ€™all and talked about you all the while I was making it. I love you soooooo much! RIP my dear uncle fly with your Ada and family they have all missed you .

Bill and Ada were both wonderful people who produced a wonderful family. Bill was always smiling no matter what was going on. He will be missed but he is home now.

The Lawless family were great neighbors, people and friends. We all have such heartfelt memories from our neighborhood back in the day. It was the good ol' days, for sure. Mr. Lawless was a wonderful man and neighbor. He will truly be missed. We are praying for you all for peace and comfort in your great loss of Mr. Lawless. From the Stark family, Nina, Shari, Aundria and Sydney.

Uncle Bill Thank You for always loving us and being the best Uncle ever. You are missed already and we know you are with Aunt Ada and all of your loved ones who passed before you. Fly with the Angels ?? and always know you are loved , respected and missed.

Love and condolences to the family of my beloved cousin Bill Lawless whose ever present smile and good nature will remain uppermost in my memory of him, along with his unforgettable and contagious laugh. His goodness touched so many. I loved him and will miss him. Love, Jackie

Sorry I wasnâ€™t able to be with you. We all loved Uncle Bill. He was a great person. He was always smiling & I remember his wonderful laugh. He will be missed but our memories will always be with us. He & his brothers & sisters were always so much fun to be with. Grew up loving them all. Love, Ann

I remember Uncle Bill and Aunt Ada when I was a boy. They shared a Love for each other, and their family. You could fell its warmth. They treated everyone with care and respect. He was always so kind, calm, and gentle with all who came around. I will miss him so deeply. Love you Uncle Bill.

Wow, that's what I was exploring for, what a material! present here at this blog, thanks admin of this site.