Hugh grew up on a farm. His family were sharecroppers, so they moved about every two years and worked different crops. Although they didn’t have a lot of money they did have enough to eat, and they had faith. Hugh grew up with seveb siblings. Hugh’s mother died when he was five, so he was raised by his father and sister, Hellen.

Upon completing High School in May of 1950, Hugh attended six months of a Junior Accounting Course and then enlisted in the United States Navy in February of 1951. He was stationed out of Corpus Christi and Norfolk, VA during his time in the service. He worked on board the USS Randolph as a clerk while in the Navy. His ship spent a lot of time in the Mediterranean Sea. Hugh was discharged from the Navy on December 23, 1954 with a National Defense Service Medal and a Good Conduct Medal.

While in the service, Hugh met his wife, Doris Virginia Colemon one night at a church banquet in Corpus Christi. They were married not long after they met, and Doris moved back to Carthage to wait for Hugh to get out of the Navy. Once discharged, Hugh and Doris were planning to move back to the Corpus area but stopped by her Aunt that lived in Groves first on the way. While visiting, they were told that the local refineries were hiring. Hugh went down the next morning and was interviewed for a job as a clerk and was hired. They have lived in this area ever since.

Hugh started to work for the Gulf Oil Company in January of 1955. While working there he worked as a clerk in the Fire department, Payroll department and Yields and Inventory departments for the plant. After thirty-four years, he retired in June of 1989.

After choosing to stay in the area, Hugh and Doris decided that they wanted to own a home. They found a new housing development being built in Nederland and were able to purchase a house. It took almost two years for the construction of the home to be finished, but once it was, they moved in and lived there until they passed away.

Shortly after moving into the area, they became active in the local Baptist church. Their lives have always revolved around church. When the town of Nederland started to grow, they were part of the group of people that started Hillcrest Baptist Church and have been active members ever since. Hugh was the head of the deacons, a Sunday school teacher, on the nomination committee for several pastors, a vacation bible schoolteacher and most recently involved in the benevolence committee. It was rare for Hugh and Doris to not be at a church service unless someone was ill until recently when their health prevented them from attending. Until the day he died, Hugh told the story that even as a young child at the age of eight he learned to tithe because his Daddy gave him a dime to spend on candy and the next day was Sunday. He only spent nine cents and gave the other penny to the church because that 10% belonged to the Lord. He has always been an excellent example of a Christian.

Shortly after moving into their home in Nederland, Hugh and Doris had their first child, Angie. Four years later they had the second daughter, Deena. Both girls still reside in Nederland. Hugh was a wonderful father. He had tea parties, learned to tie bows in hair and was always there if needed. He also attended every dance recital and piano recital and played taxi driver to all the practices and art lessons. He taught two girls how to drive and then somehow managed to get them cars to drive when money was tight. He highly valued education and made sure that both girls went to college.

As the girls got older and got married, Hugh got to have the privilege of having grandkids and eventually great-grandkids. All of them called him Papa. There are not enough words to describe how much he will be missed by the grandkids. He has rarely missed anything that they have done. He has been at school plays, t-ball games, soccer games, baseball games, concerts, graduations and many, other events. If there was something going on in their lives that he could attend he was there. He has always been their greatest supporter. He loved watching his grandkids and having them come around and truly enjoyed watching them grow and turn into mature adults. He would have done anything for them.

Upon retirement, Hugh and Doris, became even more involved in the church benevolence committee. They would bake pies for almost every funeral that was held at the church. They had a system worked out where Doris would make the crust and Hugh would make the fillings. Together they could make two pies in about two hours.

Hugh also spent many hours sitting outside watching the squirrels in his backyard. He loved to watch the squirrels, but he didn’t want them to eat all the pecans from his tree, so he would set out squirrel traps. He would usually catch a squirrel at least once a day. He would then put the trap in the back of his truck and drive across town to the park and let the squirrel loose. There must have been someone bringing the squirrels back because the number of squirrels never seemed to decrease, but it made him feel better to take them across town.

Please observe social distancing guidelines. By attending any public event you are acknowledging the risk of exposure to the Corona Virus. Please follow the guidelines provides by the centers for Disease Control: cdc.gov. 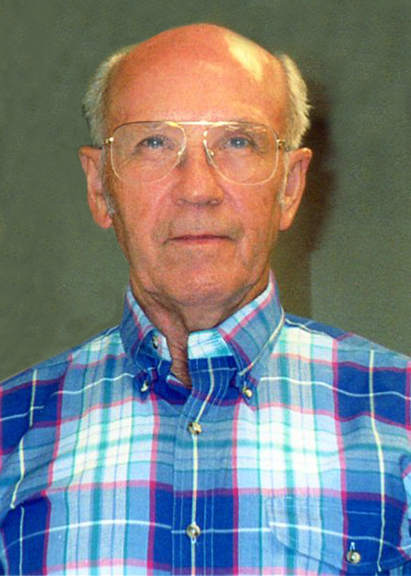