J.B. served in the United States Army. He retired, after forty-one years, from Gulf States Utility as a Lineman. He was an avid Fisherman and Hunter.

He was preceded in death by his parents; son, Donald Wayne Flanagan, Sr.; and sister, Eugenia Jennings. 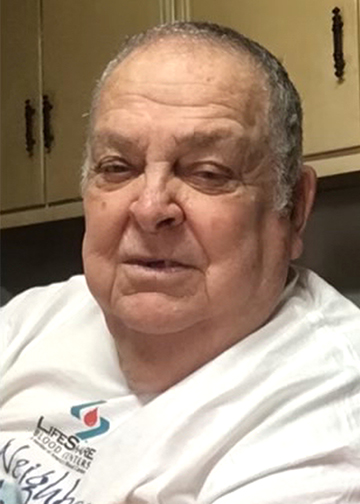 Sorry to here about JB . My prayers are with the family.

Sorry for your loss. My prayers and love are with you.

Sorry for your loss. My father, Ambrose Daigle Jr. was a friend of Mr. Flanagan from GSU.

Anna Mae. I’m so sorry to hear about J.B. one thing you could always count on was him telling you like it was. He didn’t hold back I loved that about him! He could always make me laugh too! My thoughts and prayers are with you

Sorry to hear of JB's passing, he was one of a kind.

I loved J. B! He was great to work with during our years together in the line dept. at GSU. He once called a duck in while up a highline pole. Nobody ever out fished J B on Dam B long before Rayburn or Toledo Bend ever came in. His famous bait was the Mudpuppy.. He took me hog hunting in Vidor, to kill some hogs for Slim McReynolds, a great line foremen. I had a bow but never got a shot for JB chasing the hogs with his 22 rifle. As it turned out he killed a couple of hogs that belonged to a farmer. Lucky we didn't get caught. The best of times!!!