Jack William Gearinger died August 13, 2020, surrounded by his family, after a long hard-fought battle with Diabetes. He was 93.

Jack was born March 26, 1927, to Susan Watson Gearinger and George Samuel Gearinger in Berwick, Pennsylvania. He graduated from Bloomsburg High School in 1945 and was immediately drafted into the Army during World War II. He was a Surgical Technician with the 571st Antiaircraft Artillery Automatic Weapons Battalion in Germany until his Honorable discharge in November 1946.

After his discharge from the Army, Jack returned home to Bloomsburg, Pennsylvania. He enrolled in Susquehanna University in Selinsgrove, Pennsylvania, the Fall of 1947. He graduated with a Chemical Engineering degree in August 1951 and was immediately hired by the DuPont Company in Gibbstown, New Jersey.

While at Susquehanna University, Jack met his future wife the former Grace Edith Magaro. They were married February 2, 1952 and moved to Mount Royal, New Jersey where they lived until June 1961 when DuPont transferred Jack to Beaumont, Texas. He remained with the DuPont Company for 35 years until his retirement in September 1986.

Jack was an avid gardener and his vegetable garden, which he planted behind their home, was famous throughout Beaumont. He was especially known for his luscious red tomatoes which he grew from plants seeded in his own green house. Jack loved nothing better than to talk about gardening with the many people who would stop by to ask him for gardening advice.

Jack was preceded in death by his infant son, Eric Watson Gearinger, his parents, George and Susan Gearinger, his sister, Jill Hitchens and his son-in-law, Cameron McGibbon.

After cremation, Jack will be buried next to his son, Eric, in Clarksboro, New Jersey.

The family would like to thank Eman Abella, “Sir Jack’s” trusted and faithful caregiver, for his kind and devoted service over the years.  They also wish to thank the staff at Harbor Hospice, especially, Erika, Tony, Tracie and Paunie, for the excellent care they took of Jack during his last days. In addition, the family want to thank the fireman at Beaumont Fire Rescue, Station Number 4, for their assistance.

A memorial service to celebrate Jack’s life will follow under the direction of Broussard’s, 1605 North Major Drive, Beaumont at a later date.

In lieu of flowers, memorial contributions may be made to an organization of your choice. 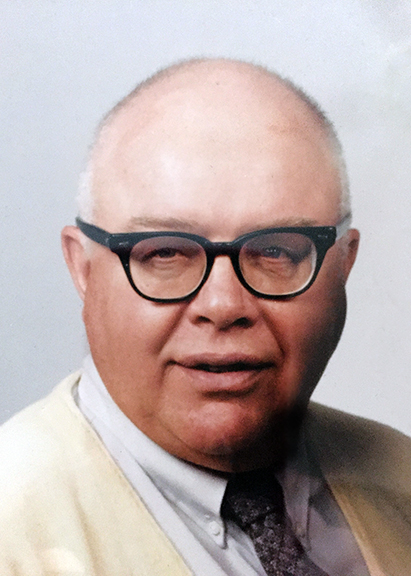 I'm so sorry for your loss. Love to each of you.

Sending love and prayers to the entire Gearinger family. Eternal rest grant unto him, O Lord. And may perpetual light shine upon him.

So sorry for your loss. We are praying for your family

Jack will be missed. We shared many enjoyable times throughout the years.

Sweet Jack.. such a lovely guy. You had that golden thumb when it came to your garden... Thanks for sharing some beautiful grandbabies and great grandbabies.....much love Gracie

Grace, so very sorry for the loss of your husband. I know you took wonderful care of him for many years.

Grace, we are sorry for your loss. I know this has been a difficult time for Jack and your family.. May his soul rest in Godâ€™s peace. We hope you and your family find peace knowing that he is now no longer in pain. Justin and Pam Farinella

Jennifer, I am so sorry for your loss. Take care of yourself.

Lisa I'm sorry for the loss of your father. My prayers are with you and your family.

Shawn, I have been looking for you for the various reunions. Terribly sorry to hear about your dad. Much love, Sally