Jack was born in a café at a crossroad outside of Longview, Texas called “Punkin Center”. He was born during a winter storm on a cold October night during the depression. He told me his family was traveling to find work. When his mother went into labor they pulled over to the café, and the owners put Hazel in the room above the kitchen because that was the warmest room in the house. He grew up on river-bottom land near Longview and recounts being sent out to hunt with his brother, Bill. They would be given three cartridges for the .22 rifle and told to come back with three somethings. Life was too tenuous for there to be a margin of error. Early in life he caught scarlet fever and because of this, he suffered from an enlarged heart. In his words, he had a case of the “punys”. He was forced to drink goat’s milk because of its rich fat content and removed from all sports at school. He was told he would not live beyond his teens.

According to God’s grace, Jack did not die young. He met Patsie Ann Fawvor in Nederland, Texas. She followed him to Camp Pendleton in California where they married. During the Korean conflict, he served in the Marine Corps. tank brigade and then became a mess sergeant. Following his years in the military, he worked as a truck driver, welder’s helper, mechanic, and retired as an operator with the Ameripol/Synpol refinery in Port Neches Texas.

Jack was a provider. He saved everything he had to make certain he could support his family and his friends.  Spurred by the knowledge that his time on earth would be short, he saved every penny to be able to leave behind for those he loved. The pages of his old Marine Corps. manual were stuffed with savings bonds he bought weekly so his wife would have something to live on when he died young. For the six years he lived at Calder Woods’s retirement apartments, he would regularly send me home with a “goody bag” of candy, crackers, cereal and anything else he had gathered during the week that he thought we would enjoy having. Even in his eighties, he was still providing for the ones he loved.

If you knew Jack, you probably remember him as the man in the background working so that everything would go smoothly for others. He was the one who came to church early to start the AC before everyone else arrived. He was the man at the family reunion working in the kitchen so that the food would be ready on time. He was the one setting up the trailer at camp so that everyone else could run straight into the creek. The doctors told him that he suffered from an enlarged heart, but the truth was that he was blessed with a big heart. He became father to five, Uncle Jack to many, and PawPaw to even more.   He loved his wife, children, extended family, his church and his neighborhood.

In spite of the punys, Jack lived until weeks before his 89th birthday, sharing the love of Christ with many in the time he was given.   On a stormy Friday night, 9 Oct 2020, Jack shrugged off the well-used body he had worn for so long. He looked briefly at how small and frail it seemed after all of its years of use. He laughed a bit when he remembered how often he had been told it wouldn’t last for long. Turning and taking the hand of his Father, he walked home.

The family would like to give a special thanks to Heart to Heart Hospice.

Due to COVD, there will not be an after service reception. 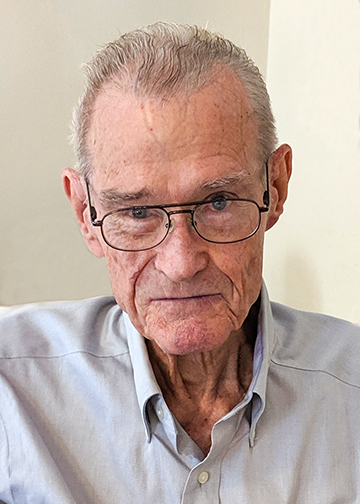 To the family of Jack Stafford, I offer condolences and pray God gives the family comfort, peace and strength in their time of grief.

We will miss you

So sorry, I will keep all of yâ€™all in my prayers. May the Peace that the Lord gives be upon all of you.

I had the pleasure of meeting Mr. Stafford twice. He visited his son Steven on occasion in our office. He was a honorable gentleman. The type of man we recognize as good people. Mr. Stafford definitely left a lasting legacy in his family and friends from everything I heard about him through his son Steven. My condolences to friends and especially family for the loss of a great man. I believe he will be in heaven waiting for all with a big smile.

I never met Jack, but I met his son Ben. You can tell a man's legacy by what he left behind. Jack must have been a caring, gracious, and loving man and father.... a faithful servant it seems as well. Blessings to this family for Jack is now in paradise.

Praying for strength and peace for all who knew and loved him. God's great blessings of good memories!

Thinking of and praying for Jack and Patsy's sons, daughter's in law and grandchildren. I know this sweet man, just like his sweet wife, will be sorely missed. I pray that you all receive peace that surpasses understanding as only the Lord can give and may you all have comfort from all your sweet, precious memories. I remember this sweet man from many of the Fawvor Family Reunions and from visits at either my mom's house or and Jack and Patsy Ann's house. They were both such adorable people.

Steve and family - I am so sorry to hear of your loss, and will be holding you and your family close in my thoughts and prayers during this most difficult time. God bless you all and may your precious dad Rest in Peace.

Mr. Stafford was a Deacon at the church (Central Gardens Baptist) I was raised in. He was a fine man. Our deepest sympathies go out to the family.