James Bill Jakobeit, age 84, passed away at Christus Southeast Texas-St. Elizabeth Hospital in Beaumont. Originally from Smithville, Texas, he was a long-time resident of Lumberton, Texas, for 55 years where he lived with his wife of 57 years, Emma Jean, and with whom they raised five children.

James was a US Army Veteran who was stationed in Alaska and served honorably during the Korean War years. He was a proud railroad switchman who retired after 43 years of service from Southern Pacific Railways. He served as president of the local United Transportation Union for a number of years. James loved deer hunting and especially looked forward his annual trips to San Saba at his brother, Billy’s camp and the road trip with Larry also making that traditional and mandatory stop to see Julia on their way.

James is survived by his loving wife, Emma Jean Jakobeit of Lumberton; also by his sons, Michael Jakobeit and wife, Jo, of Warren, Texas and Larry Jakobeit and wife, Flo, of Beaumont, Texas; daughters, Peggy Roberts of Lumberton, Sherry Gilbert of Michigan and Julia Knapp and husband, Allen, of Navasota, Texas. Other surviving members include his twin brother, Bill Jakobeit and his wife, Linda, of Austin, Texas; sisters, Doris Nagy, Joyce Jakobeit and Elizabeth Barry. And many, many nieces, nephews, grandchildren and great-grandchildren!

A family graveside service will be held at Forest Lawn Memorial Park, Beaumont, under the direction of Broussard’s, 1605 North Major Drive, Beaumont.

Memorial contributions may be made to Boy’s Haven, 3655 North Major Drive, Beaumont, Texas 77713. 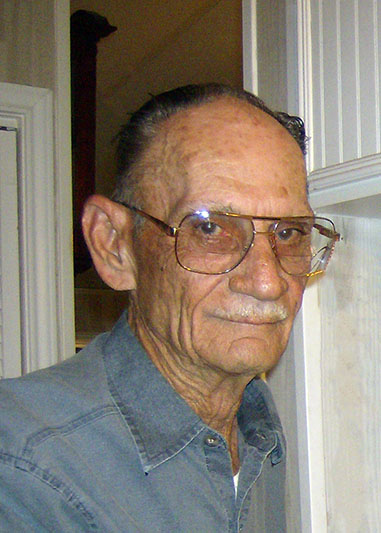 To the Jakobeit family: John and I are deeply sorry for your loss. I hope you feel the love that surrounds you, now and always. Praying for your healing, comfort, strength and peace during this painful time. Your family holds a special place in my heart . RIP Uncle James Eternal rest grant unto thee O Lord, and let your perpetual light shine upon thee, may the souls of the faithful departed through the mercy of God rest in peace. Love, John and Sissy

My the LORD Bless you and keep all of ya'll, and we pray for HIS PEACE to be with all .

Very good friend. Went to school with him all 12 years last talked to him about 4 years ago. We lost a good one. My condolences.

So sorry to hear about James passing. Mom and Dad loved him and weâ€™re proud of being a part of the railroad family. My prayers are with all of you.

I worked with James in the Beaumont Texas train yard for a number of years . He was a great and fun person to work with . I could never forget him , he was a good man .

So sorry to hear about James. He was a great guy

I am so sorry to hear this news. I'm especially sad because of the circumstances and we can't gather to share our love for the family. Please know you are all in my prayers. I know James and Daddy are having a joyful time in heaven. So many great memories to hang onto. Love you all, Cathy