James “Bo” Lowrance, 91, of Winnie, died Tuesday, February 25, 2020. He was born on August 23, 1928, in Nacogdoches, Texas to Bessie Strode Lowrance and Jack Lowrance. Bo was a rice farmer putting in his first crop in 1957 with his winnings from being the Steer Wrestling Champion at the Houston Livestock Show and Rodeo. He continued to farm and later years farmed with his son and son-in-law until 1981.  Prior to the PRCA, Bo was a member of the Turtles Association and still holds his PRCA Gold Card.

He was preceded in death by his parents; and sister, Jacquelyn Lowrance Lowery.

A gathering of Mr. Lowrance’s family and friends will be from 5:00 p.m. until 8:00 p.m., Friday, February 28, 2020, at First Baptist Church, 120 Pear Avenue, Winnie, under the direction of Broussard’s, 2000 McFaddin Avenue, Beaumont. His funeral service will be 10:00 a.m., Saturday, February 29, 2020, at First Baptist Church, with his interment to follow with military honors at Fairview Cemetery, Winnie. 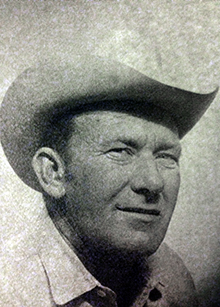 Daina, Julie and Reid sending my thoughts and prayers for peace and comfort for you all.

Bo sold his antique store in Winnie to me and my friend, Maurine Gray. He was such a great guy. Enjoyed the business and personal side of him. He was professional, fair, fun and pleasant. Please know you have my deepest sympathy.

We are so sorry for your loss

My Sincere Condolences to Daina, Juli Kay, and Reid. You will be in my prayers now and for days to come. God Bless you. May your Daddy Rest In Peace!

Bo was a good friend of mine, he will be missed. R.I.P.

My condolences my lifetime friends. Bo will be truly missed. Daina , Julie , and Reid may yours days ahead be filled with the love and fond memories of your Dad. Prayers to you guys..........

Julie, my sincerest condolences for the loss of your Daddy. Prayers for peace and healing for your family. Much love, Sheila

Sad to see this...brought back a memory of my parents...Pat and Betty Hogan taking us to the ranch in Winnie for a bar-b-q when I was a little girl. I thought it was the coolest place in the world. My best memory was the wagon wheel furniture. My folks loved your dad. .Prayers for your entire family.

So very saddened to hear of Mr. Bo’s passing! I know who was waiting for him in Heaven and was so happy to get his buddy up there with him! Your daddy was such a kind and compassionate man and I know his passing will very hard on you all!! Love you all and keeping you in prayer!

Daina, Julie and Reid I’am so sorry for the loss of your Dad. My thoughts and prayers are with you and your family.