In 1953, Jim and his family, the “Four J’s,” moved from Albion, Michigan to Beaumont where he attended Eugene Field Elementary, James Bowie Junior High and graduated in 1967 from French High School.  After graduation, Jim attended Sam Houston State in Huntsville.  During the height of the Vietnam War, Jim and several friends enlisted in the United States Marine Reserves and were stationed at Fort Ord in California.  After returning to Beaumont, he enrolled in Lamar State College studying business.

In 1955, his parents started Nichols Tile Sales where he worked for many years. An avid lover of nature, Jim enjoyed fishing, walks in the woods and birds. Jim will forever be remembered by his quick wit and infectious smile. A fan of politics, he had not missed a Rush Limbaugh show in twenty years. He kept up with the weather and could tell you what the weather was going to be today, tomorrow, and a week from now.

He is preceded in death by one day by his only child, Abigail Violet Nichols and his parents Jerry and Jim Nichols.

The family asks that masks be worn graveside and social distancing guidelines are observed at all times. 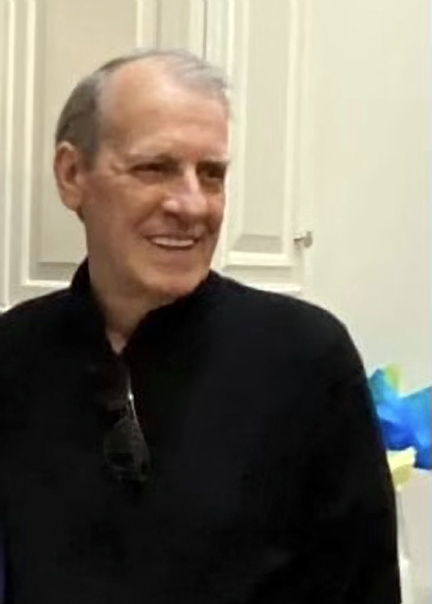 So many great memories with Jimbo my entire life. From childhood to the present, because if you were Jimbo's friend, you were a friend for life. He may not call you every day but you never knew when he would just show up to check on you with that big smile! You will be missed, love ya!

Jadeanne, Maggie, and Jim's family members, So saddened by Jim's sudden passing, and Abby's as well, my heart breaks for each of you. I met Jim as a young teen and fell in love with the entire Nichols Family, so many fond memories of the days gone by, and the fun times we shared. I hope you will each find peace in days to come, so extremely hard to get though these times, Love and hugs to each of you,â™¥

Our deepest condolences to Jimâ€™s family, he will surely be missed.

Prayers and condolences from the Sawyer family

Thoughts and prayers with the family.

Prayers for your family on the loss of Jim and Abby. They were both sweet persons. May good memories comfort you during this time.

Praying that you will feel God's comfort at this sad time.

How this brings tears of sorrow and joy at the same time for me. I remember my grandmother, whom I called "Nana", Gladys Marie Anding Shoupe speaking so fondly of your family; Jimbo and Mr. Jim Nichols and his wife. My Nana worked for them in the office and was the best of friends with Mr, Jim all my life. She and I went to visit Mr. Jim in the last place I knew him to live, home on Collier Rd Bmt. WE would go visit and they would sit on the small couch and laugh and talk... He used to go visit her when they were able to drive still... Best of friends they were. My heart breaks with yours. May God give you lasting peace knowing ALL IS WELL with the Lord