James (Jim) Edgar Crittenden, 92, of Beaumont, was called to his eternal home on Saturday, September 5, 2020.

He was born in Glenwood, Arkansas to James Crittenden and Marie Tweedle Crittenden. After his father’s early death, Jim helped to support his mother and younger sister Pat delivering newspapers before school and working in a local grocery. He went to Ouachita Baptist College and met the “Love of His Life”, Joyce Noel. He was working on school newspaper and happened to see a beautiful girl walking by. The rest is history and they were happily married for 63 years. They had two sons, Noel and Jeff, that they raised to be good upstanding men. Jim taught them the life values they would need to succeed.

Jim was drafted into the Army in 1951 and retired from the Army Reserves as a Lieutenant Colonel in 1979.

Jim enjoyed meeting people and always treated everyone as he wanted to be treated. When Mary met Jim’s son Noel and was introduced to his family, she felt like part of the family. She always called them Mom and Dad. Jim and Joyce felt the same about Margaret when Jeff introduced her. Jim took the role of Father, Grandfather and Great grandfather seriously and he taught by example.

Jim was an early member of Calder Baptist Church. Jim and his family found their spiritual home there. Jim was a Deacon and served for many years on the Stewardship Committee and was a longtime Sunday School member.

Jim worked for Terminal Oil Distributing Company, a fuel supply company, when he and Joyce moved to Beaumont in 1955. He and a partner formed Tri-Con Inc. and he became CEO. Later, he sold the business and retired so that he and Joyce could be together and travel. They went to Astros Spring Training for several years and took family members that wanted to attend.

Jim and Joyce enjoyed traveling in the 1980s, taking cruises to Aruba, Bahamas and the Virgin Islands. They also vacationed in Las Vegas and San Francisco. They joined a car club and attended car shows in the 1990s. Jim’s first antique car was a 1967 Mustang. He later sold it and bought a Model T Tudor Sedan, then a Model T Rumbleseat, and then a 1940 Ford Convertible.

Jim enjoyed sports all of his life. As a teen, he listened to the St Louis Cardinals. At Ouachita Baptist College, he wrote the sports stories for the school newspaper. Jim continued to be a St Louis Cardinals fan but he started watching the Houston Colts 45s baseball team in the early 1960s and became a huge Astros fan. Jim played golf at Bayou Din in the early 1960s and again in the 1990s and 2000s. Jim enjoyed the Dallas Cowboys and Houston Oilers, but he enjoyed college football even more, especially the Ouachita Baptist Tigers.

Jim enjoyed a variety of music, from Classical to Rock & Roll. His favorites included Frank Sinatra, Elvis Presley, the Beach Boys, the Glenn Miller Band and Burt Bacharach. He listened to Willie Nelson, Roger Miller, and Johnny Rivers as he drove to visit gasoline stations in Southeast Texas and to Army reserve summer camps.

He is preceded in death by his parents; sister, Pat; and beloved wife, Joyce Elaine Crittenden. 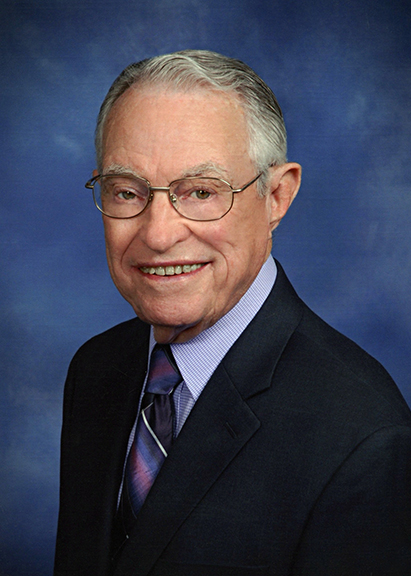 So sorry for the loss of your precious Dad!

The world is sad after losing such a difference maker! Mr. Crittenden was one of the most respected men I know. His impact will be felt at Ouachita and especially Tiger football for many years to come. Mr. Crittenden was one of the founding members of the Tiger Football Gridiron Club. His contribution of time and faithful financial support have played a key role in the success of the program. His influence on our staff and team cannot be measured. The day before I heard of his passing, I was in the Tiger football weight room admiring the big wall that bears the Crittenden name. I never walk in the room without thinking of him and the difference he's made in the program. Thank you Mr. Crittenden and family for your eternal impact on the Ouachita football. Todd Knight Head Football Coach Ouachita Baptist University

Your Dad was such a sweet man. I know he'll be missed greatly

Noel, I'm am sorry for the loss of your father. Please know you are in my thoughts.