James Hartridge Lee, Jr, 71, of Beaumont, passed away at his residence in Fannett, Texas.

James, more well known as “Jim” by friends and family, was born on November 21, 1950, to James Hartridge Lee, Sr. and Marcia Elinor Siegler Lee of Beaumont.  Jim was the oldest of the siblings, who he always cared for growing up. He grew up learning to hunt and fish with his father. There was always a great admiration for the outdoors within him.

After high school, Jim went on to graduate from Lamar University with bachelor’s in criminal justice.

In October of 1973, he went on to work at the Jefferson County Sheriff´s office. After fourteen months of working in the jail, he secured a spot on the road, where he eventually became a Lieutenant in the Patrol Division.

Soon after, he joined the Marine Corps as an officer and took on many roles including intelligence and military police.

After seven years in the Marine Corps, Jim left and took on several jobs, including polygraph examiner, Deputy Sheriff in Wyoming, and served as an Executive protection officer for Global Protective Services.

After meeting his wife Imelda, he moved back to Beaumont. Where he was asked to come back to the Jefferson County Sheriff’s Office. During his last twenty years with the department, he served the Patrol Division as well as the Fugitive warrant division.

Jim was a loving husband, amazing father, and good friend to all who knew him. He loved to cook, hunt, fish, and travel.

Jim is preceded in death by his parents.

A funeral service for Mr. Lee will be 11:00 a.m., Friday, July 15, 2022, at First Baptist Church, 25304 Hwy 124, Hamshire, under the direction of Broussard’s, 2000 McFaddin Avenue, Beaumont. His cremation arrangements will be handled through Broussard’s Crematorium, Beaumont.

The Celebration of Life Service will be broadcast live on the “First Baptist Hamshire” Facebook page: 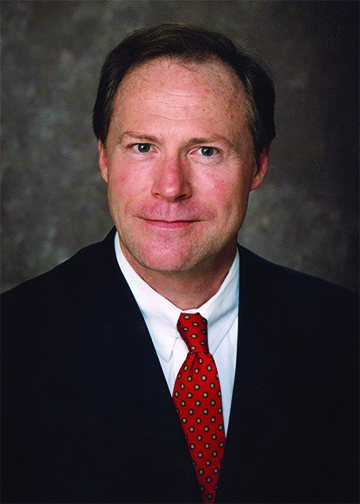 Prayers for the Lee family at this difficult time.
Godspeed Sir.

To all the family,
I’ve been so sad to learn you’ve lost Jim. My memories of Jim are of childhood happy times playing with cousins at our Grandmother Lee’s home in Lake Butler, FL.
I’m praying for the family and holding each of you in my heart. May our LORD comfort you, and encourage you, and give you His peace.

Our thoughts and prayers are with you during this difficult time. James is now in the presence of the Lord hearing “Well done thou good and faithful servant”.

I knew and worked with “Jim” for many years. In 1977, I was at the FBI National Academy and He was at the Marine Barracks in Quantico. We spent some time together during those weeks. As all his Friends, and Co-Workers have expressed He was truly the Perfect “Officer and Gentleman” Always dedicated to his Family, the Sheriff’s Department and His Country. All Suffer a Great Loss……..

Lee Family,
Deputy Lee was an amazing light each time he graced our office. He always displayed professionalism in his work and truly cared about the people he served on both sides of the law. Deputy Lee will be missed greatly by our office; he was a true symbol of what character should be in all of us. Our thoughts and prayers are with his family, friends, coworkers and those he called brother and sister.

RIP neighbor. Prayers of comfort for your Family.