As the oldest of six children of Jim and Mary Alice Mehaffy, Jim often said that he valiantly “shouldered the family burden of a legal career, alcoholism, neurological disease, and being a lifelong resident of Southeast Texas,” for which he felt his siblings should be deeply grateful. Near the end of his life, Jim said, “I want everyone to know that I’m not just accepting death, but embracing it,” recalling a long life filled with love, deep connections, adventure, and late-in-life peace and self-acceptance.

After a distinguished career as a plaintiff’s attorney in Jefferson County, in 1994 he ran for Judge of the 58th District Court in Beaumont, was elected and served there until his retirement in 2006. His career accomplishments include conceiving and implementing the first electronic filing system in Texas, serving as President of the Jefferson County Bar Association, receiving the coveted Blackstone Award, given to one lawyer each year in recognition of the highest ethical and professional standards, being awarded the Ken Lewis Texas Bar Foundation Award for Professionalism, receiving the statewide Texas Bar Journal’s “Best Article” award, and founding and serving as first president of the local Inn of Court, which members named after his late wife Michelle F. Mehaffy.

Jim’s battle against Parkinson’s Disease, which he waged mostly by ignoring it, was a true inspiration. With a force of will that surprised no one, he continued to travel, volunteer, and remain an active force in the community, attending the lunchtime meetings of AA that sustained him in his sobriety.

Jim is survived by his wife, Maris Mehaffy, of Beaumont; by his children Elizabeth Winslow and her husband Thomas Winslow of New York; Thomas Mehaffy and his partner Xiangyun Li of Austin; Patrick Mehaffy of Austin; and Haylee Faggard of Beaumont; by siblings George Mehaffy of Oklahoma; Ann Mehaffy of Oregon; Molly Mehaffy of New Mexico; Patrick Mehaffy of New Mexico; and Michael Mehaffy of Oregon. He is also survived by his grandchildren Tess and Liam McMillan of New York. He is predeceased by wife, Michelle “Mickey” Mehaffy; his parents James Mehaffy, Sr. and Mary Alice Mehaffy; and his cousin Mitchell Adams. Jim’s family is deeply grateful for the loving care and friendship of Marlyn Garcia, who became our chosen family over the last year of Jim’s life.

The family hopes that friends and loved ones will honor Jim’s memory by carrying on his sense of fun, spirit of community, and commitment to service to others. In lieu of flowers, please consider donations to CASA Southeast Texas, Inc. (2449 Calder Ave, Beaumont, TX 77702), the Mickey Mehaffy Children’s Advocacy Program, Inc. at the Garth House (1895 Mcfaddin Ave, Beaumont, TX 77701), or the H.O.W. Center (2509 Cable Ave, Beaumont, TX 77703).

Judge Mehaffy’s memorial service will be 11:00 a.m., Wednesday, June 8, 2022, at St. Mark’s Episcopal Church, 680 Calder Avenue, Beaumont, under the direction of Broussard’s, 2000 McFaddin Avenue, Beaumont, with a reception to follow in Payne Hall. At a later time, the family will gather to bury his cremated body at Forest Lawn Memorial Park, Beaumont. 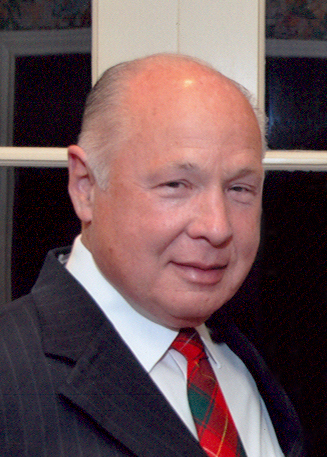 We are sorry for your loss. Focus on the fabulous trips, conversation, and memories you had with your father (and all those Folsom Road memories!).

I am very sad to hear of the death of Judge Mehaffy. He was a kind person who will be greatly missed. For years I was in his court on cases. He was an intelligent and helpful judge. When we were kids he let us swim in his pool. He lived down the street.

Maris,
I was so sorry to hear about Jim. Please know that you”ll be in my thoughts and prayers.

Jim was a treasure! I had the gift and treasure of dating him for a few years and enjoyed his wit, wisdom, and sense of humor. You will be greatly missed my friend.

I am sorry to hear about Jim Mehaffy. He was our neighbor on Ridgeland Ave in the early 1970’s. He was our parents’ friend and he was our friend. When I last saw Jim he was visiting my Mom at Pelican Bay. Jim was an intelligent and wise lawyer and Judge. He was a nice person. God bless Jim Mehaffy.

I will miss you Jim.

Thank you Maris and Marlyn for caring for Jim at the end.

Rest In peace old friend. Prayers for the family.
Jim hired me fresh out of law school in 1976 to join his new plaintiff’s practice. I am forever grateful for his mentorship and the opportunity he provided me to prosper as a lawyer.

We had the pleasure of meeting you, Maris, when you and Jim visited us in Australia at our cattle station mid Queensland. Paddy, we met you when you and Jim visited Sydney a few years ago. Thomas, we never met you nor Elizabeth but we heard so much about both of you. Ian and I offer you our sincere condolence for your loss. We are very saddened and we are grieving the loss of a beautiful, special friend. We didn’t have the pleasure of meeting with Jim often in our lives but we often thought of him and you, Maris and Paddy. We are still on “Ravensbourne” doing our cattle breeding (breeding Santa Gertrudis cattle – origin Texas USA). Our family (especially Ben and Carly) joins us to offer thoughts and prayers as you journey through your grief and loss. Sincerely, Ian and Kerry Walker, “Ravensbourne” Station, Blackall. Q. Australia.

Jim and I lived 0n Thomas Road growing up and I remember him well. My sympathy to his family. He was an asset in the Beaumont Community.

I had the privilege of working for him before he was elected as Judge. It was always a pleasure to run into him occasionally over the years. He always had a warm welcome and took interest in what was going on in my life. He will be deeply missed.

Jim was such a great son in law to India Billeaud. I always enjoyed when he was visiting Mrs. “B”, when visiting her at Pelican Bay. Maris you are in my prayers. Heaven gained another angel, fly high!

I am a better man today for having Jim and his influences in my life. Rest in Peace our friend, you’ll be truly missed by many.

My inspiration, my mentor, my friend. Go with God, Jim … and save me a place.

Judge Mehaffy was a special gift to Beaumont, Jefferson County and beyond. My deepest sympathy to his family.

My heart is so sad to hear this. Judge Mehaffy was one of the kindest genuine men I have ever had the pleasure of knowing. I met him while working at ACS and he soon became one of my special patients. He would randomly call me or send me flowers. When I left ACS he reached out to me to wish me well. Every time I ran into him out and about in Beaumont he always had a hug and that sweet smile❤️ we lost a good one today. RIP my sweet friend

Maris and family, I am so sorry for your loss! He was a fine man!

A gentle and kind friend who always said “Hello!” We will miss him greatly1

Judge Mehaffy wrote letters to the jurors in his court thanking them for their service. I was gratified to receive such a letter. What a gracious man the Judge was.

Carol, you are correct that Jim Mehaffy was not your average judge. As with most things in his life, he
fashioned his own path, and he seemed especially sensitive to the needs of the jurors assigned to his court.

Maris,
Our love and prayers are with you during this sad time of loss. Bill and I know you were blessed, as well as a blessing, in your marriage. Let good memories sustain you until the sun shines on your heart again.

We @ PBMC send our Condolences.

Jim will be missed by many. He was a dear friend to my Mom(Sarah Morrison) who spoke highly of him and with and respect. RIP JIM, FLY HIGH WITH YOUR ANGELS 🙏🙏🙏

maris, I’m so sorry to hear of Jim’s becoming an angel
Wish I could say some words of wisdom, but all I can say is take care of yourself. Jim is at peace. Love you and praying for you and your family.
Ruth Sonnier

Jim and his family have always been a part of the Bell family. I was blessed to have him in my life. He was a good friend to my parents and I consider him one of my other Dads . His wisdom and kind heart will truly be missed.

Jean, our late and mutual friend Nell McCallum Morris used to say that when Jim became close to a family it was a mutual lifetime commitment. I didn’t follow that at the time, but came to understand the meaning, as that was certainly the case with Nell.

She wholeheartedly loved him, as well as his family. And it was mutual!

We love you and will always remember you Jim as a kind and caring man. Watching your struggles and courage living life with your disease the past few years was an inspiration; you continued to maintain a sense of humor through it all.