Jim Gainey, of Beaumont, was a long-time resident of Woodville, Texas. He was born on July 19, 1936, in Houston and died on August 27, 2021, at Baptist Hospital, Beaumont, due to complications from COVID-19.

He is survived by his wife, Lynette Davis Gainey, two daughters and their husbands, Laura and Byron Young of Beaumont, and Susan and Mike Ferguson of Austin. His grandchildren are Mark Young and wife Katie, Emily Valerio and husband Isaac, William Young, Leah Goertz and husband Ryne, Nathan Watts, and Benjamin Watts. Great-grandchildren are James, Claire, Ellis, Abraham, and Charlotte. He is also survived by two brothers, Hugh Gainey and his wife Elaine of Rogers, Arkansas, and Paul Gainey of Houston, as well as numerous nieces and nephews. He was preceded in death by his parents, James Wiley Gainey and Evelyn Gerrard Gainey, and his sister, Allison Gainey Stephens.

He was a proud member of the United States Air Force and was stationed at Ellington Air Force Base in Houston when he and Lynette married. They moved to Woodville in 1964, and Jim worked for several years with his father-in-law, Leroy Davis, at Western Auto. During this time in business, he was very active in the community. He is a Past President of the Tyler County Chamber of Commerce, Past President of The Woodville Rotary Club, and is a former member of the Board of Trustees of The Woodville Independent School District. He was also a recipient of the James E. Wheat Award given for outstanding service to the Tyler County Dogwood Festival Association.

He made a career change in 1978 and graduated as an R.N.—a profession to which he was devoted. His primary work was at Tyler County Hospital where he worked in both nursing services and administration. After his second or third retirement, he worked part-time at Woodville Health and Rehab which he said was one of the most rewarding jobs he had ever had!  He and Lynette moved to Beaumont to be closer to family in 2020.

Jim Gainey was a devoted husband, loving father, and perfect Papa.  He will be remembered for his faithfulness to the Lord, his impassioned love for people, his selfless generosity, and fierce commitment to his family.

His arrangements were handled under the direction of Broussard’s, 1605 North Major Drive, Beaumont. 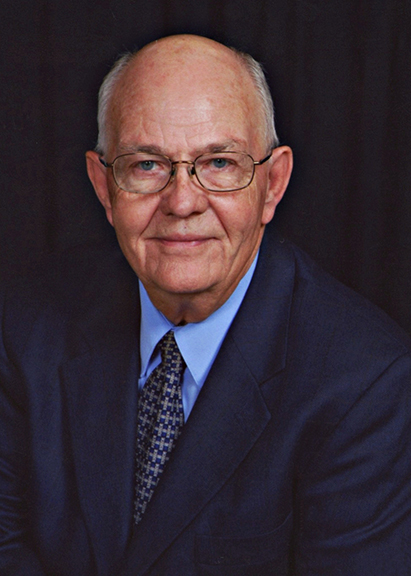 I was sadden to hear of cousin Jimmy’s passing. I have such fond memories of spending Thanks Giving at his home in Woodville enjoying hunting and fishing under the fall trees. Having a great family feast before settling into watching the Texas vs A&M annual football game. Wonderful memories of Jimmy’s stories and family kindness. He will definitely be missed!

Although time and age limited being together the last years, Jim will remembered for all of the good things mentioned by others, and more for the times we spent together. Rest well, good friend.

I’m sorry to say I have too few memories of my first cousin Jimmy, but in all of them I remember him as loving and… “accessible,” for lack of a better word. Very “present” and always smiling. My love to Lynette, Laura, and Susan and their families.

Cousin Jimmy, You always had such funny stories to tell and so much love for everyone. I will always miss your stories and your boundless energy. Much love, Jann

I have so many happy memories of Christmas Eve at the Gainey house in Houston and Thanksgivings in Woodville growing up. My love goes out to the family. Jim was a special man and like a brother to my father.

An impressive resume’ for a man committed to family. But the sweetest description of this life well lived was “Perfect Papa.” May Our Lord comfort you with the knowledge that this amazing man now walks alongside Jesus .