Jane Frost Wiggins, of Beaumont, Texas, died after a brief illness on July 9, 2020. She was 90 years old at the time of her death.

Jane was born to Virginia and R. M. “Jack” Frost in Miami, Florida. Her family relocated to Beaumont when her father retired from military service and became circulation director, and later president and general manager, of the Beaumont Enterprise and Journal. Jane was a graduate of South Park High School and later attended Texas Women’s University in Denton and Lamar State College in Beaumont.   She worked for many years as a legal secretary for Orgain, Bell and Tucker in Beaumont. Jane applied her skills as a grammatician to edit and produce theses and dissertations for many graduate students at Lamar University. She was an active member of First Baptist Church of Beaumont where she taught first grade Sunday school for many years.

Jane is survived by her sister, Judy Frost Treadaway, of Willis, Texas; daughter, Debbie King and her husband, John, of Livingston; son, Charles Wiggins and his wife, Marianne, of Beaumont; and much-adored grandchildren, Katelyn King Fertitta, of Kingwood, Amber Barnes Elrod, of El Paso, Ashley Barnes, of Denver, Colorado, Shayna Wiggins Kendrick, of Bend, Oregon, Adam King, of Beaumont, and Kaleigh Wiggins Loera, of Beaumont. Jane and Charles were blessed with the God-given privilege of rejoicing in the births of eight great-grandchildren. Jane also enjoyed keeping in touch with her many nieces and nephews.

Jane was known for her personal integrity, steadfast devotion to her family, and willingness to serve others in any capacity needed. Her home welcomed all, her kitchen was always warm, and many dear friends in Beaumont knew that her pies fixed everything.   Her children and grandchildren remember her especially for always being available with coffee, cake, a “Grandma Jane” breakfast, and constant optimistic encouragement. Most importantly, Jane unconditionally loved her husband, Charles, and held an unwavering belief that Jesus Christ was, and is, her personal Lord and Savior.

A family memorial service will be held at a later time when family members and dear friends can gather together to celebrate her life and legacy. 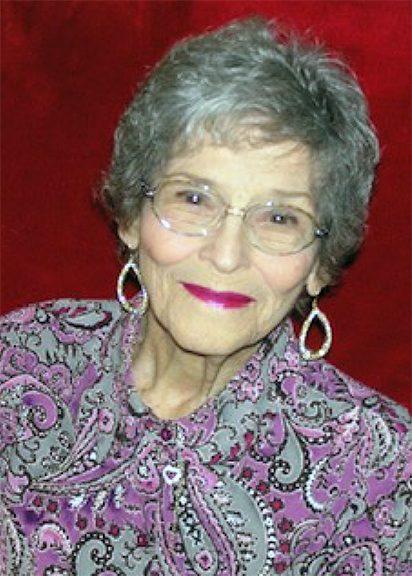 What a marvelous human being! Jane was a terrific and talented lady who shared our lives. We adored her and will miss her for many reasons.

Charlie, Debbie and Family, Our hearts are broken for you loss, we are praying for GOD's grace to be with you. Mrs. Wiggins was a wonderful spirit full of love, grace and joy, we will always remember her so.

Jane was such a precious and gracious lady. She always had a kind word and was quick to tell me she loved me. I remember her patting my face with a loving touch and always kissed me on the cheek. I loved your precious mom and always looked forward to seeing her. She will be greatly missed by many! I looked forward to seeing her in Heaven! She was always quick to mention her precious Charles, and always reminded me they never had a spat with each other in their loving marriage! My prayers are with you, Debbie and Charlie, and your entire family! Hugs, precious friends, and may the Lord continually lift you up in the days ahead!

There are no words that express how much this precious woman meant to me. She took me in when I started at OBT and practically raised this shy girl who knew nothing about the law. Charlie and Debbie, she was my second mom. I always say that I would be nowhere in my career had it not been for Aunt Jane and all the other intelligent women who trained me. I feel as though as part of me will be missing forever. I am so very blessed to have known Aunt Jane. I have the most wonderful memories of the third floor at OBT...memories that I will cherish forever. We shared so much together in the 36 years I knew her (and your dad)--laughter, tears, joy, sorrow, marriages, births, and deaths. God Bless You, Debbie and Charlie, and your families. Aunt Jane is now with her beloved in Heaven. Love you both, Karen

Aunt Jane was a larger than life legend at OBT. Not only a very skillful legal secretary but also a talented pie baker which I remember well. A one of a kind that will truly be missed.

My heart is saddened. I've lost one of my very best friends. She was such a good Christian and would have given you the clothes off her back. She was always ministering to someone in need. I will never forget the years we spent together at Orgain, Bell & Tucker. We were across the hall from each other. Jane and Charles gave me the most elegant wedding reception at their home when Jim and I married 36 years ago. She told me many times that we were like sisters. I will truly miss her. Her children, grandchildren and great grandchildren meant the world to her. Whenever we got together for an outing, she would always bring pictures with her. I will truly miss her but know she is at home in heaven with Charles.